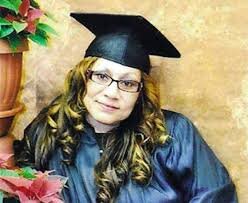 Lavonne Roach, age 54, has already served 22 years of a 30-year sentence for conspiracy to distribute methamphetamine. She fully admits her guilt and that she was an addict and dealer, who became actively involved in funneling meth into South Dakota and selling it there after becoming romantically involved with the drug kingpin who got her addicted in the first place.

Roach’s case is a standout example of the perverse incentive that exists against criminal defendants exercising their right to a jury trial. With mandatory minimum sentences for drug offenses being so outrageously high, going to trial is a high-stakes gamble for any defendant. Although offered a lesser sentence for a guilty plea, Lavonne insisted on a trial because she felt the amount of drugs her sentence was being based on was a lie by the informant whose testimony the prosecution was using.

The cost of exercising her Constitutional right was a thirty-year mandatory minimum sentence, a length that may have been erroneously augmented by the courts. By way of comparison, this is a longer sentence than many murderers receive. In addition, were she sentenced for the same crime under present-day guidelines, her minimum sentence would have been much shorter.

Once in prison, Roach went through drug rehabilitation and began amassing an impressive list of certifications and coursework, including paralegal and administrative assistant training. She mentored other prisoners and troubled teens, served as a GED tutor, and became a spokeswoman for a Native American religious group (Roach is Lakota Sioux). Her turnaround was so obvious and marked that even the prosecutor who convicted her has said she “would be supportive of Ms. Roach receiving clemency.”

In a state prison system, this record would make her an ideal candidate for earned time credits and a likely early release because of demonstrated rehabilitation and recognizance. However, because the federal prison system lacks a mechanism for parole, Lavonne and others in the federal system must rely on clemency as their best hope for freedom. Multiple past efforts to petition for clemency under President Obama failed, and her application is currently pending for commutation by President Trump.

Tragically, Lavonne’s generation-long incarceration rendered her unable to care for her aging father and mother, who died in 2015 and 2017, respectively. Her three children have all grown to adulthood without her, and she has 11 grandchildren as well. She has been profiled as one of the most obviously overlooked prime candidates for clemency, and easily a top target for the National Pardon Project.