This week, Rep. Pramila Jayapal (D-Wash.) introduced the Medicare for All Act, H.R. 1384. The bill would completely eliminate private health insurance and expand vastly expand Medicare to every American. This proposal would, given all of the medical services would capture, quite literally be a complete government takeover of health insurance. Put simply, if you’re one of the more than 156 million Americans who has a private health insurance plan, you won’t be allowed to have that plan after two years and you will pay more in taxes, regardless of your income level, should this bill become law.

The Medicare for All Act, which was introduced by Rep. Jayapal on Wednesday with 106 cosponsors, claims to promote “freedom of choice.” This Orwellian phrase doesn’t mean that one will be able to choose in the marketplace. After all, Section 107 explicitly prohibits private insurers or employers from offering plans that would duplicate any of the services under the program.

The bill lists a long list of covered benefits, more than the version introduced in September 2017 by Sen. Bernie Sanders (I-Vt.). The two-year transition period is also shorter than the four-year period under Sen. Sanders’ bill. Although the bill doesn’t explicitly dictate that providers who provide these services will become public employees who work for the federal government, effectively, they do because the government will be the primary payer for the vast majority of healthcare expenditures.

Of course, the Medicare for All Act would give the federal government more power to set prices for healthcare. Medicare already does this through its reimbursements to healthcare providers on a fee-for-service basis. These reimbursement rates are functionally price controls, and they don’t meet the full cost of care provided. Private health insurers subsidize these cost indirectly, and those policyholders pay for it through their premiums. Back to the point, though. Whenever the government establishes price controls, it suppresses investment and innovation and creates scarcity. This is basic economics.

This scarcity is why, for example, there are long waiting lists for surgeries in the United Kingdom’s National Health Service (NHS). The number of people on the waiting list for surgeries, 4.3 million, reached a ten-year high in 2018. At one point last year, there were more than 210,000 people on the waiting list for more than six months for nonemergency surgeries. Additionally, those who would be the most likely to receive care under a rationing scheme is concerning. A 2009 paper co-authored by Ezekiel Emanuel, one of the Obama administration healthcare advisers who helped develop Obamacare, notes the the "age-based priority" for individuals "receiving scare medicare interventions." Notice that children and older individuals are less likely to receive needed scare treatment. 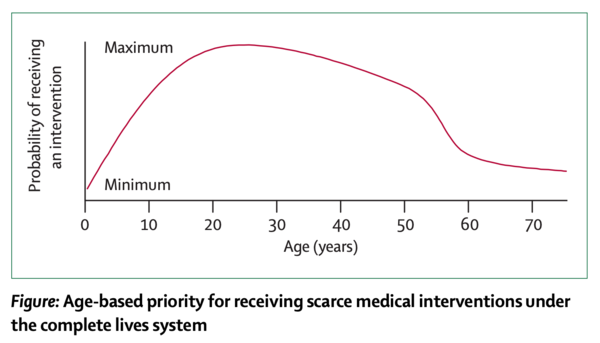 Although the Medicare for All Act would eliminate deductibles, copays, and coinsurance, nothing in the bill would be “free,” as supporters would have us believe. The bill would require a massive increase in government spending. Cost-estimates for Sen. Sanders’ version of the bill ranged between $32 trillion over ten years to $44 trillion, an annual average of $3.2 trillion to $4.4 trillion. Putting this in perspective, the Congressional Budget Office projects that federal spending in FY 2019 will be $4.4 trillion. The Medicare for All Act represents a near doubling to doubling of federal spending, and that doesn’t include other proposals on the leftist wishlist of costly policy proposals that would further increase spending.

Additionally, price controls won’t restrain overall health spending. It will continue to rise. This is the record of third-party payers in healthcare. As already noted, individuals are responsible for only 10 percent of national health spending. When individuals don’t see the cost of care, they aren’t concerned about the overall cost. As the reliance on third-party payers has grown, medical price inflation has grown, roughly double the traditional inflation rate.

Of course, Rep. Jayapal didn’t include a financing scheme in the Medicare for All Act. Sen. Sanders didn’t either, but he did release a list of financing options. Much of the rhetoric focused on raising taxes on higher income earners, which is to be expected from a self-described “democratic socialist,” who apparently doesn’t realize that the top 3 percent of income earners already pay 51 percent of all individual income taxes. But his tax proposals would have also hit low- and middle-income earners with a massive tax increase. Rep. Jayapal’s proposal would ultimately have to do the same.

The funding scheme is also unlikely to pay for the proposal. As it’s currently structured, Medicare faces an unfunded liability of $37.7 trillion over the next 75 years, which is likely a conservative estimate. According to the Congressional Research Service, 41 percent of the funding for Medicare in 2017 came out of general revenues, 37 percent came from payroll taxes, and 14 percent came from premium payments. As the Urban Institute noted, Sen. Sanders’ version of the proposal “would raise $15.3 trillion in revenue over 2017 to 2026. This amount is approximately $16.6 trillion less than the increased federal cost of his health care plan estimated.” Over the ten-year budget window, the average annual deficit for Medicare for All is $1.66 trillion.

Despite the support of more than 100 so-called “progressive” Democrats in the House, Speaker Nancy Pelosi (D-Calif.), just this week, downplayed Medicare for All, citing the high cost. Similarly, Budget Committee Chairman John Yarmuth (D-Ky.) dismissed Rep. Jayapal’s bill, noting that unlike Medicare as it currently exists, H.R. 1384 wouldn’t have cost-sharing. We expect Chairman Yarmuth and other committees of jurisdiction to hold hearings on some form of single-payer. Legislative action on a so-called “public option,” which Speaker Pelosi supports, is quite possible. A public option is a step toward Medicare for All, as the federal government would undercut plan offerings from insurers.

The Medicare for All Act, either Rep. Jayapal or Sen. Sanders’ version of the bill, won’t become law in the 116th Congress, but the introduction of the bill and the desire of leftist Democrats to end private health insurance is a startling notion. Not to mention that the level of taxation required to finance Medicare for All would significantly reduce investment and productivity, which would have a negative impact on economic growth. This proposal needs to be thrown in trash. Much like the Green New Deal, it’s not a serious proposal.