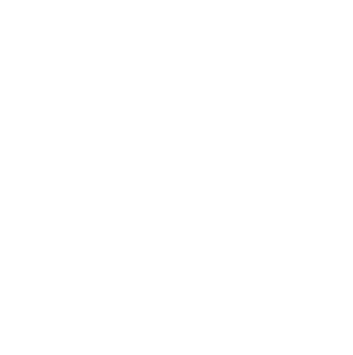 Burdensome and costly regulations are sucking the life out of our economy. The regulatory regime imposed by unelected czars unfairly punishes small businesses and protects well-connected incumbents from competition. We need to reform regulations in a common sense way that will not hamper growth and punish entrepreneurs.

Letter to Congress on Amendment to H.R. 3150

Dear Member of Congress: The September 11th terrorist attacks exposed glaring deficiencies in our nation’s air security infrastructure. Congress must act to improve our airport security and to assure Americans that the possibility of another aerial terrorist attack is greatly diminished. But protecting the American skies will require a more dedicated, flexible, and technologically proficient workforce, not a new federal bureaucracy.

Named after a 1970s’ Central Intelligence Agency (CIA) consulting project that started the enterprise, Oracle Corporation has grown into the worldwide leader in database software. Perhaps it is because the company got its start in the surveillance industry that Oracle Chairman Larry Ellison recently launched a campaign for a National Identification (ID) card and a database to track American citizens. In a recent Wall Street Journal op-ed, Ellison argued that such a database may have prevented the September 11th terrorist atrocities, and volunteered to provide the necessary Oracle database software to the government free-of-charge.

Not long ago, the names and uses of new pharmaceuticals was an esoteric subject discussed by few outside of the medical community. The public’s exposure to the names of these drugs was limited to scribbles on doctors’ pads and the labels of their prescriptions. Conversely, today the average American not only knows the names of new pharmaceuticals like Viagra and Celebrex, but demands them in consultation with his physician. In fact, a doctor’s willingness to write the prescriptions desired by his patients has become a criterion on which he is judged.

The recent GE-Honeywell debacle should be a wake-up call about the potential for antitrust enforcement by foreign governments to affect U.S. companies and, eventually, U.S. consumers.

Letter to Congress on Economic Growth

Dear Member of Congress: As all Americans continue to mourn the events of September 11, 2001 and begin the difficult process of returning to "normalcy," we thank the Congress for your leadership. We recognize the difficult challenges you face.

Representative Gary Condit’s (D-Calif.) self-immolation scene on last Thursday’s "Prime Time Live" was instructive for those interested in understanding what people who share CSE’s vision are up against. I am not saying that Rep. Condit is guilty of any crime, nor do I suggest that all representatives conduct their personal affairs in a similar fashion. What is instructive about this whole unfortunate episode is the glimpse it offers into the calculating, risk-averse world of today’s legislators.

A citizens group based in Montgomery is taking its message to a county represented by a state senator who carried around a $2 million state check for weeks. Alabama Citizens for a Sound Economy will hold a "Sweep Montgomery Clean" rally at 5 p.m. Saturday at the Rawls Pavilion on Alabama 233 in Brilliant.

Alabama Citizens for a Sound Economy, a conservative group that touts lower taxes and less government, has scheduled an anti-corruption rally Saturday in the legislative district of state Sen. Roger Bedford. The group's state director, Twinkle Andress, former executive director of the Alabama Republican Party, said the rally will include barbecue and live bluegrass music. It begins at 5 p.m. in the Marion County town of Brilliant, on the farm property at 12108 Alabama 233.

Have you noticed that mail delivery has been tardier than usual lately? "New delivery standards implemented by the U.S. Postal Service earlier this year are adding an extra day for first-class mail delivery to most cities in the West," reported The Associated Press.

Second Wind for the Global Economy

Copley News Service, 07/12/2001 Even as the world faces the threat of a global economic downturn, government regulators here and abroad go about the business of destroying wealth, jobs and opportunity, and stifling business and technological innovation. The regulatory burden has to be relaxed quickly, and the United States has to lead the way.

Regulations are a hidden tax that cost the economy billions.