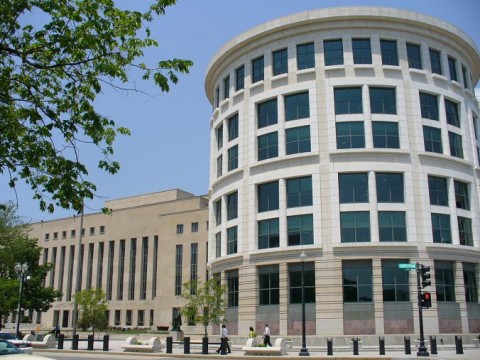 The D.C. Circuit Court was established on February 9, 1893 and is the smallest of the Circuit Courts. However, it is arguably the most important due to its common handling of cases related to the powers of federal agencies. As a result, the D.C. Circuit judges have significant power in affecting national policy. Additionally, a seat on the D.C. Circuit Court is considered a stepping stone to a nomination for the U.S. Supreme Court.

Freedom Watch, Inc. v. OPEC: Freedom Watch brought suit against OPEC, claiming the organization coordinates price fixing efforts in the United States, thus violating the Sherman Act and the Clayton Act. OPEC appealed, and district court affirmed appeal, on grounds that Freedom Watch did not validly serve process on OPEC under Rule 4, and declined to authorize alternative serving methods under 4(f)(3). Freedom Watch appealed this ruling to the circuit court, claiming that the service could be properly effectuated on OPEC through OPEC’s United States council.

Circuit court affirms that Freedom Watch did not validly serve process, but REMANDS for further proceedings under Rule 4(f)(3) and alternative methods for service.

Circuit court reverses the district court ruling, stating that the application of the guidelines from 2000 creates a “significant risk of prolonging [their] incarceration.” The court remanded for further proceedings.

Minisink Residents v. Federal Energy Regulatory Commission: Minisink residents petitioned FERC over the approved construction of a natural gas compressor in the town of Minisink, NY. Petitioners argued that the site selection was arbitrary and capricious, especially because there was an adequate alternative location nearby with less population density. The court ruled that there was no basis to overturn the FERC decision, and the FERC acted within its authority under the Natural Gas Act of 1938, which gives FERC oversight on interstate natural gas facilities and regulates the transport and sale of natural gas in interstate commerce.

The court denied the petitions for review.

Aaron Schnitzler v. United States of America: Schnitzler, a South Dakota state prisoner, has requested multiple times that his US citizenship be renounced. The government has both avoided and given multiple reasons as to why this request cannot be fulfilled, denying the renouncement. Schnitzler filed suit against the government, claiming that his constitutional rights have been violated. The district court dismissed the suit, stating that Schnitzler’s complaint is moot and that he doesn’t have standing to sue because he has not come under any harm.

The DC Circuit Court of Appeals reversed the decision of the district court, ruling that Schnitzler has a right to file suit against the government and that the government’s consistent avoidance of dealing with his citizenship renouncement is in violation of his constitutional rights. As a result, the Court remanded the case for further proceedings.

Stop This Insanity, et al. v. Federal Election Commission: Stop This Insanity and others filed suit against the FEC stating that its rules concerning corporations being involved in election financing are unconstitutional. According to the rules, a company has to establish a political action committee (PAC) and also make publicly accessible the amount of funds they use toward spreading their political messages to the general public. Stop This Insanity argues that they should not have to share expenses and that there should not be the requirement to set up a PAC. The district court dismissed the claims on the grounds that the plaintiffs failed to establish a claim or argue adequate merits.

The DC Circuit Court affirmed the decision of the lower courts, granting the motion to dismiss the appeal. The Court established that Stop This Insanity did not present an adequate enough case to prove the unconstitutionality of the regulations set down in the Federal Election Campaign Act. As a result, the over-regulation of campaign finance laws continues.

ObamaCare Case Dismissed Because of Precedent

Sissel v. HHS, et al.: Sissel filed suit against the HHS on the basis that the Patient Protection and Affordable Care Act’s mandate that requires individuals to have health coverage, violates the Commerce Clause of the US Constitution. The lower courts ruled that based on the precedents set by the Supreme Court in its previous rulings, the suit does not have adequate grounds and is thus dismissed.

The DC Circuit Court affirmed the decision of the lower courts by dismissing the case.

Halbig v. Burwell: A group of individuals and employers residing in states that did not establish their own health insurance exchanges challenged the IRS’ interpretation of a section of the Affordable Care Act that makes them subject to certain penalties. The District Court ruled in favor of the government.

The D.C. Circuit Court reversed the decision, ruling that the federal government cannot legally distribute insurance premium subsidies or enforce the individual or employer mandates in states that have not created their own exchanges.

Military Supervisors Not Liable for Atrocious Crimes Done Under their Watch

Klay, et al. v. Panetta, et al.: A number of current and former members of the armed services filed suit looking for monetary rewards against their supervisors in the Navy and Marines. They claim that their supervisors’ poor administrative skills, supervision, and management skills led to the plaintiffs’ rapes, sexual assaults, and sexual harassments.

The DC Circuit Court upheld the decision of the Fourth Circuit Court, ruling that although the reports of such crimes are atrocious, the plaintiffs are not entitled to receive monetary remedies. The Court ruled that military officials are not subject to personal liability under the Constitution for the way that they manage the personnel under them.

Ralls Corp. v. Committee on Foreign Investments, et al.: Ralls is an American founded company, owned by Chinese nationals, that expanded by purchasing 4 wind-farm companies. The Committee restricted Ralls’ access to and prohibited construction on their new lands under the excuse of a potential national security threat. Ralls filed suit against the Committee on the grounds that the restrictions are unconstitutional and that Ralls did not receive adequate due process.

The DC Circuit Court ruled in favor of Ralls, agreeing that the actions of the committee were unconstitutional. The Court remanded the case for further proceedings, demanding that Ralls be allowed access to the information on which the Committee based their national security threat evaluation.

The Court ruled against Mpoy, stating that since he filed his complaints through his teacher email, his speech concerned his job responsibilities and was thus employee speech. Employee speech is unprotected by the 1st Amendment, according to precedent. As a result, the Court decided that the defendants, Rhee and the principal, are entitled to immunity in connection with the 1st Amendment violation.

Know the legal system and its impact on the economy.