As seen in Townhall

Democrats’ “Inflation Reduction Act” should go down in history as one of the most pathetic attempts at spin control, something which the Biden Administration has all but exhausted as a strategy. For a party that wants to redefine words like “recession” to fit their agenda, should we be surprised that they are now giving us the economic equivalent of “up is down”?

The Inflation Reduction Act, which the Senate passed last weekend and awaits a vote in the House, will in truth do nothing of substance to actually reduce the rampant, 9.1 percent inflation that we are seeing in America today. In fact, it would do the opposite. One must only look at the bill’s provisions and recognize that nearly all of the policy levers Democrats seek to implement will in fact fall hardest on the US economy and the American taxpayer. This legislation, which is the resurrected corpse of Biden’s “Build Back Better” agenda, could more aptly be called the Big Bad Bill.

What are the bill’s solutions to address inflation? Taxation, spending and regulation: the three central tenets of what Washington does best.

In terms of taxes, the bill seeks to implement the global 15 percent corporate tax rate. Past examples tell us that such a tax will ultimately fall upon consumers and make the US less competitive compared to elsewhere in the world.

As the US economy enters a recession, despite the Biden administration’s word play, tax hikes are one of the last things we need.

The bill seeks to spend close to $400 billion on Green New Deal-esque priorities like green energy subsidies and “climate justice.” This comes just as recent polling shows that a whopping two-thirds of Americans support lowering gas prices over lower carbon emissions. Unsurprisingly, this bill focuses only on the latter at the expense of the taxpayer.

But the taxpayer is not ignored entirely in Biden’s Big Bad Bill. You likely have heard of the bill’s provision that gives the Internal Revenue Service (IRS) an additional $124 billion for the purposes of tax enforcement. That’s 87,000 new agents looking into your finances.

While this has been messaged as a means to go after the wealthy, it will fall ultimately on middle-and lower-income Americans as the IRS digs deeper into their personal finances. After all, the wealthy and well-connected have the means to fight a legal battle against the IRS; the average American does not. This is an IRS inquisition on the American taxpayer, pure and simple.

If you thought this week’s FBI raid on Trump’s Mar-a-Lago was bad, just think of what the Left can do with further weaponized agencies.

The bill also takes a misguided sledgehammer to the issue of rising costs for prescription drugs by means of hamfisted price controls. This will only result in supply shortages for Americans who need in-demand medications such as insulin. Senate Democrats have capped the price of Insulin at $35 for Medicare recipients, but price caps do nothing to address shortages.

At the same time, such price controls will hamper the research and development of new, lifesaving drugs in the future. Could we be foregoing a cure for Alzheimer’s or a groundbreaking new form of cancer treatment? With price controls, it’s a market inevitability.

The running theme in America today is that the middle class is hurting. Whether because of rising inflation, supply shortages, or a shrinking economy, working Americans are becoming worse-off.

President Biden lied to the American people when he stated that no one making under $400,000 a year would pay more in taxes. His Big Bad Bill is evidence to the contrary, seeing as it does contain tax hikes, not to mention billions of dollars in reckless spending and regulatory barriers that will no doubt lead to higher prices and scarcity. This is not what Americans need as they stare down a recession.

Democrats know what they are doing. They want to raise your taxes, even though recent polling suggests that a majority of Americans are unlikely to support members who vote for the bill. Maybe a few House Democrats will take note if they want to do anything to soften their impending midterm thumping this November.

Adam Brandon is the president of FreedomWorks

Breaking Down The Big Bad Bill 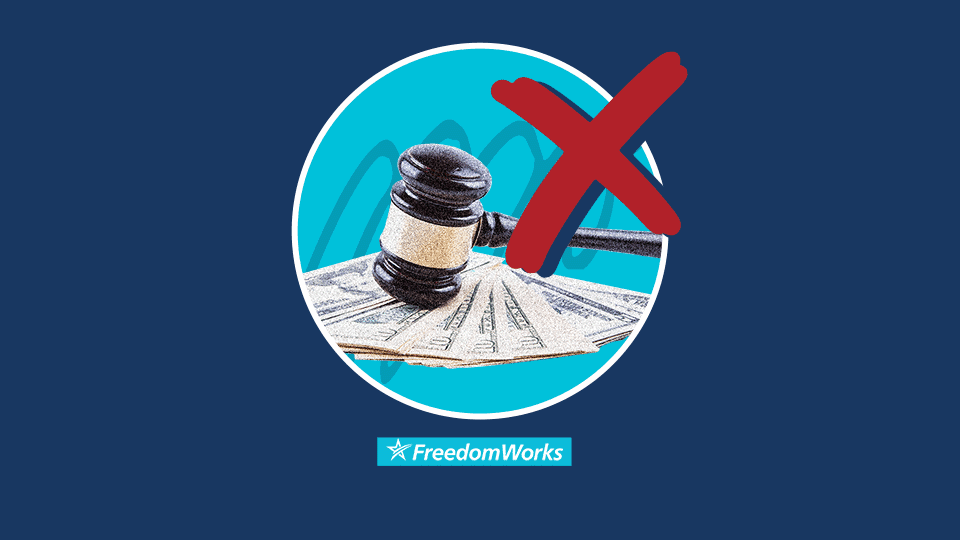