FreedomWorks Foundation’s RACtivists submitted 14,343 comments to the Department of Health and Human Services on their proposal to create an international pricing index for pharmaceuticals. 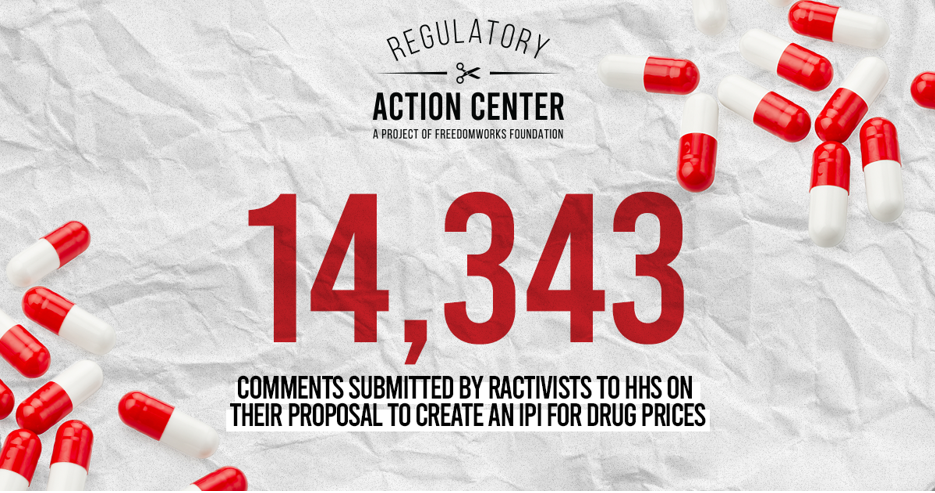 On Monday, October 26, Barrett was confirmed to the Supreme Court by a 52-48 vote, where she became the fifth woman to ever hold a seat on the nation’s highest court. Now that she has had her first sitting as a Supreme Court Justice, we are proud to name Justice Barrett as our Trump Appointee of the Week. We further applaud President Trump and Majority Leader McConnell for delivering this confirmation of another principled constitutionalist Justice for the American people.

2) Price Controls on Big Pharma Will Put the U.S. Last

In a new op-ed published in RealClearMarkets, the Chairman of FreedomWorks’ Task Force on Economic Revival, Steve Moore, opened fire on the proposed international pricing index for pharmaceuticals. “The goal of the proposal is sound,” Moore wrote. “The problem is that these price controls in other countries haven’t worked out well for anyone…There are free market solutions the administration can, and should, pursue to lower drug prices, such as using trade deals to force other nations to pay their fair share for new drug development costs.”

A Biden administration means disaster for the energy industry. In short, Biden’s plan to eliminate all emissions from American energy producers entails implementing a national clean energy standard. This standard, presumptively based on one of the similar state level policy, would neither efficiently reduce emissions or reduce costs to consumers, as Biden claims. Just as bad, clean energy standards have actually hampered the transition to renewable energy, a transition that the market is already making of its own accord. Simply put, top down mandates are not an effective way to implement the Biden energy agenda.

Read the study from the University of Chicago: HERE

In one of FreedomWorks’ latest issue briefs, we take a deep dive into the issue of overcriminalization in America. Every year, throughout the United States, thousands of citizens are being abused by a growingly authoritarian federal government. The sheer volume of federal statutes and regulations that carry criminal penalties means that every American could be considered a criminal by federal authorities for one thing or another. Unfortunately, most people do not take the time to consider the issue of overcriminalization until they are at the receiving end of a federal subpoena. In order to combat this epidemic of overcriminalization, legislators, bureaucrats, and other decision makers must recognize the scope of this issue and begin by plucking the lowest hanging fruit to address it.