RACtivists submitted 1,346 comments to the Department of Energy on their proposal to create a new class of more efficient clothes washers and dryers. These accounted for all but 43 of the total comments submitted to that docket. 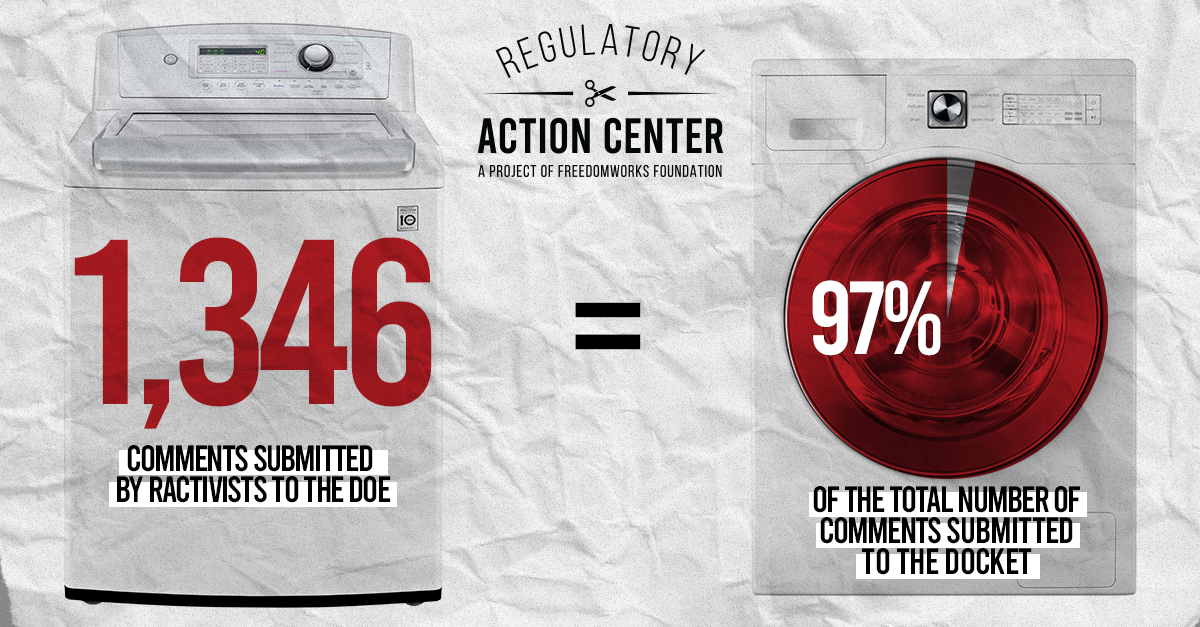 The Department of Justice filed an antitrust suit against Google on Tuesday, alleging that the tech giant has used its dominance in the search business to become a "monopoly gatekeeper" of the internet. This fundamentally misunderstands what a “monopoly” is and will bring harm to both consumers and the free market if allowed to succeed.

Read FreedomWorks op-ed on government absurdity on this issue: HERE

The race to roll out the fifth generation (5G) of mobile technology has been raging for quite some time. As with just about everything, America is playing and is playing to win. The good news is that we’re doing rather well. The Federal Communications Commission (FCC) has freed up more spectrum for private use and innovation than ever before. Speeds are up and prices are down. The bad news, however, is that the U.S. seems intent on emulating the Chinese wholesale model, essentially creating a nationalized framework (whether proponents label it as such or not). People who should know better, like former Speaker Newt Gingrich, have derided the “laissez-faire tendencies” of the current market. However, it is the very same light touch framework that allowed the internet to thrive in the first place that will let it succeed into the future.

Legislators ought to incentivize entrepreneurs to innovate, and stay out of the way. It is true, as Supreme Court Justice Louis Brandeis famously wrote, “If there be time to expose through discussion the falsehood and fallacies, to avert the evil by the processes of education, the remedy to be applied is more speech, not enforced silence.” But not in the way some Republicans calling for regulating social-media platforms mean it. They are sacrificing the bedrock conservative principle of property rights — Twitter and Facebook’s platforms are privately owned — for short-term political gains and this will be to the detriment of the Internet and its future users.

Op-ed from our friends at CEI: HERE

Op-ed on why Big Tech skepticism hurts the people: HERE