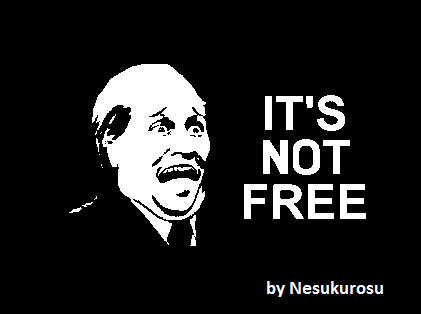 While the federal government often entices states to promote its agenda by promising “free” federal money for the states that adopt their programs, this money is never free, and always comes with strings attached. When the federal government offers “free” money for a program it is really just hoping to get the states hooked on the program before the giveaways disappear, much like a drug dealer who offers you the first hit for free.

Last week, the Supreme Court heard oral arguments in the case Armstrong v. Exceptional Child Centers, Inc., although the case is mostly about the Supremacy Clause, it is a good reminder of how there are always requirements attached to federal money. In the case, Medicaid providers sued Idaho’s Department of Health and Welfare claiming its reimbursement system was too low and in violation of federal law. There are many other examples of how the federal government has used its programs to direct state budgets and laws.

The federal government has used highway funding for the states extensively to promote their agenda. In the 1970s, the federal government pushed a 55 mph speed limit and mandatory use of motorcycle helmets by threatening a reduction of funding to states that did not pass such laws. In 1984, Congress passed a law that would reduce state highway funding by 10% if the state did not establish 21 as the minimal legal drinking. The state of South Dakota actually sued the United States over this action and the Supreme Court ruled that the federal government was able to withhold funds in this way. More recently, there was an attempt in 2009 to defund highway funding by 25% if the state did not place a ban on text messaging while driving.

The federal government has also created requirements to receive federal funding for school lunches. The idea behind the plan was to push schools to create healthy lunches for students or face a loss in federal funding; unsurprisingly, the program has been a flop.

As part of the Affordable Care Act, Congress asked the states to expand Medicaid to individuals who had previously not been eligible. The federal government attempted to lure the states into expansion by promising full funding for the first few years; however, by the next decade there are no federal funding guarantees and the states could be left holding the bag. Medicaid is already eating up a growing portion of state budgets, and the expansion would only increase exposure.

It is important to keep in mind that it is not always the best policy for states to accept “free” federal money because that money is never free and always comes with additional requirements. Federal programs, such as Medicaid, are increasingly dictating the budgets of the states, taking funds from state programs and leading to state deficits. It is time for the states to “Just Say No” to federal funds.