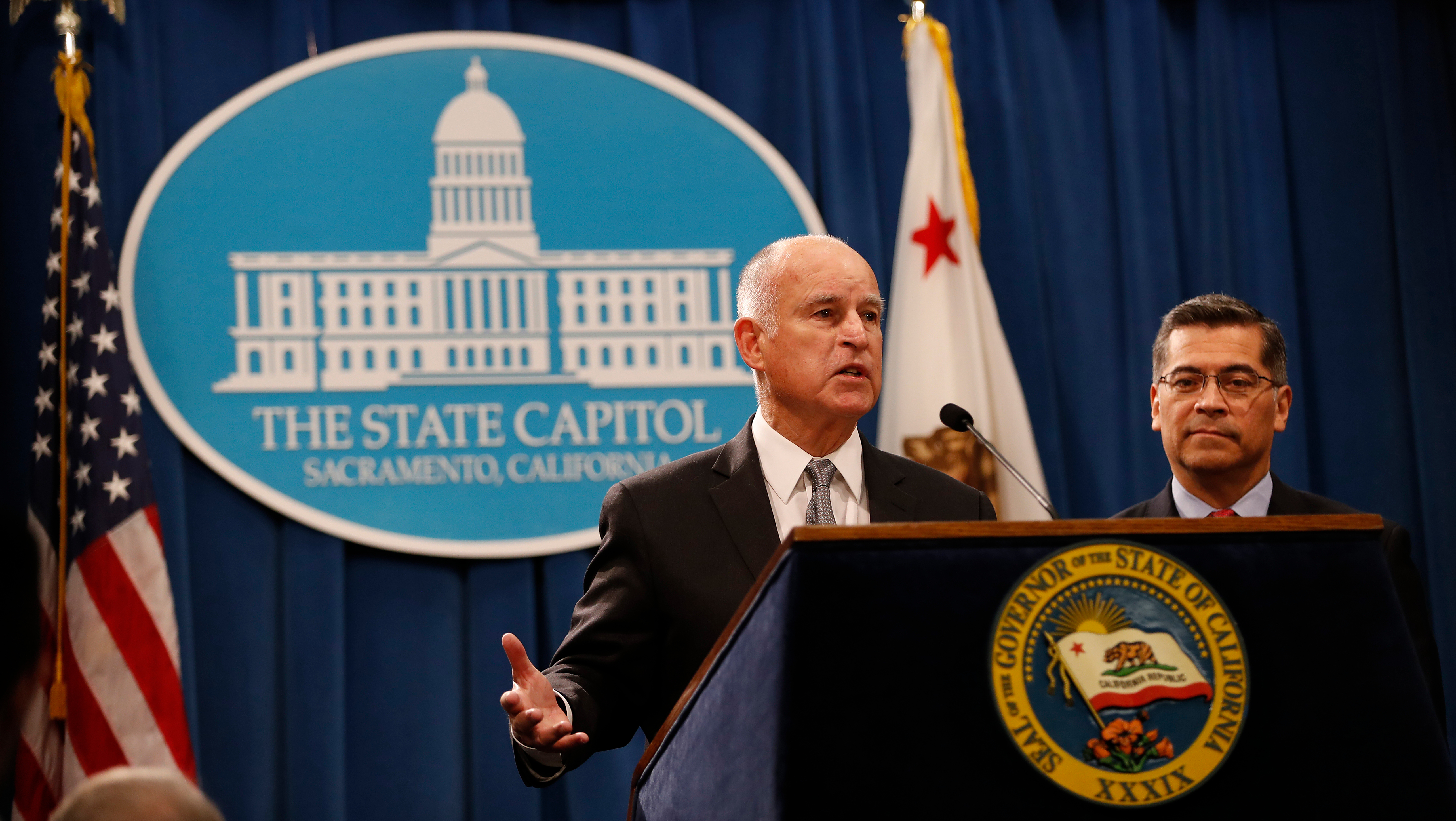 On Sunday, California Governor Jerry Brown (D) signed into law extreme legislation designed to protect so called “net neutrality.” The rules set forth by the legislation are not only a massive and unnecessary overreach based on faulty premises and wrought with unintended consequences but are also explicitly illegal under federal law. Thus, the federal Department of Justice filed suit against California mere hours later. In short, California has set forth on a fool’s errand guaranteed only to waste taxpayer resources on expensive litigation.

Net neutrality, in theory, is the idea that internet service providers should not block, slow, or prioritize certain internet traffic. While this sounds good in theory, net neutrality as a public policy is far from ideal. Internet service providers must be able to manage their networks as they best see fit and ultimately not all internet traffic needs or deserves to be treated equally—just as the Post Office (i.e. the government) prioritizes and charges different rates for mail and packages. Prioritizing and “zero-rating” (which means not counting certain traffic towards a customer’s data caps) certain traffic have proven benefits for consumers such as the ability to tailor their internet plans to best fit their interests and needs. Further, restricting how private companies can use the networks they construct creates a strong disincentive for these companies to invest in deploying additional network infrastructure and improvements, which ultimately harms consumers. Regardless of the unintended harms to consumers, net neutrality regulations are an outright assault on the rights, particularly the property rights, of private companies who are severely restricted in their ability to control the networks they’ve created.

For the reasons above and more, the Federal Communications Commission (FCC) rolled back federal net neutrality rules in 2017 via the Restoring Internet Freedom Order. Contained in the Order was a provision explicitly preempting states and local governments from enacting their own net neutrality rules. The reason for this is simple. The internet is inherently an interstate commerce platform (“www” does still stand for world wide web). Even if an individual sends an instant message to someone standing right next to them, it will undoubtedly actively involve companies and their servers in another, if not multiple other states. As a practical matter, it is best for such interstate commerce to be regulated at the federal level to prevent one state from creating chaos and dissuading commerce by imposing rules and regulations that extend beyond its own borders. Therefore, as a legal matter under the Constitution, interstate commerce is regulated at the federal level by Congress and, via delegation of Congress, by various agencies like the FCC.

Even without the explicit preemption contained in the Restoring Internet Freedom Order, California’s case for imposing its own net neutrality regulations would still be utterly hopeless. The Supremacy Clause of the Constitution invalidates any state or local law which contravenes federal law. Further, even the previous federal net neutrality rules make clear that regulation of the internet is an exclusive domain of the federal government. Those old rules state, “broadband Internet access service is jurisdictionally interstate for regulatory purposes” and note the previous FCC’s “firm intention to exercise our preemption authority to preclude states from imposing obligations on broadband service”. California has sued the federal government to uphold these old rules. Since California’s Attorney General Xavier Becerra has vowed that the state will defend its new net neutrality law against the federal government’s suit, the state will soon find itself in a position of simultaneously arguing effectively contradictory positions regarding federal preemption of state and local internet regulation.

The courts have also recently ruled on FCC’s preemption authority related to information services like the internet. Just last month, the US Court of Appeals for the Eighth Circuit ruled in Charter Advanced Services LLC v. Lange that Minnesota’s attempt to regulate voice-over-internet phone service (VoIP) was preempted by federal rules. Despite the fact the FCC has not explicitly classified VoIP as an information service subject to preemption, the Court still found the case for federal preemption compelling enough to bar Minnesota’s rules. Given that the FCC has explicitly defined internet data service as an information service and explicitly preempted state regulations, it’s not even a matter of California walking a legal-tightrope in defending its net neutrality rules—there simply is no rope.

California’s net neutrality law is equal parts unwise and unlawful. The law stands no chance of being upheld in the face of the Department of Justice’s lawsuit and the suits undoubtedly pending from the nation’s major telecommunications companies. The result for California, and indeed taxpayers and consumers nationwide, will be nothing more than an expensive distraction that further draws valuable resources away from developing and deploying new internet technology and infrastructure.

What an exciting and entertaining card game is this and am so happy to get this platform where i can https://myeuchre.com play this euchre with my friends by inviting them here.