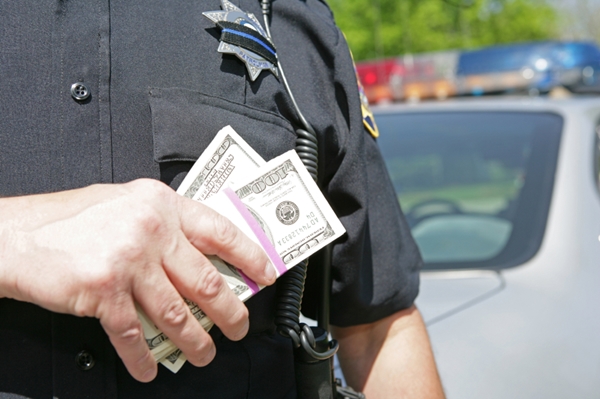 Law enforcement should be fully funded so that they can do their job of protecting the citizens. However, the money for their funding should come from the state legislatures and municipalities, not by self-funding through civil asset forfeiture. Law enforcement is not like a local PTA or church group that can fund itself through bake sales or quilt raffles. But many law enforcement agencies across the country are using civil asset forfeiture as a means to raise money.

Too often law enforcement sees these funds raised through civil asset forfeiture as an added bonus that can be used for programs that would not normally be available through regular funding.

“There’s some limitations on it. Actually, there’s not really on the forfeiture stuff. We just usually base it on something that would be nice to have that we can’t get in the budget, for instance. We try not to use it for things that we need to depend on because we need to have those purchased,” Columbia Police Chief Ken Burton told a local government oversight panel, “It’s kind of like pennies from heaven. It gets you a toy or something that you need is the way that we typically look at it to be perfectly honest.”

A New Mexico city attorney, who referred to property that could be seized as “little goodies,” relished in the power that civil asset forfeiture brought. “We could be czars," he said. "We could own the city. We could be in the real estate business."

When law enforcement is incentivized to self-fund, they have less time and resources to do actual police work. The profit incentive can also pressure law enforcement to go over cash rather than preventing crimes from taking place. This can be seen in how highways are patrolled along I-95 in Florida and I-40 in Tennessee.

I-95 in Florida is considered a drug corridor where drugs are shipped north to the rest of the United States and cash returns south. Despite this, law enforcement is more likely to stop cars traveling south (presumably with cash instead of drugs) and in three-quarters of the forfeiture cases no criminal charges were filed.

The same thing happens in Tennessee where drugs travel eastward on I-40 and cash flows back westward. A local news investigation showed that drug task force officers were 10 times more likely to police westbound lanes than they were eastbound lanes. In other words, the perverse profit incentive encourages officers to allow drugs to enter cities so that they can then capture the cash once the drugs have been sold!

Law enforcement should be in the business of protecting individuals, not raising funds. To ensure that officers do not have to self-fund, they should be fully funded by the state legislatures and municipalities. In addition, all civil asset forfeiture proceeds should go straight to the state’s general fund, rather than to law enforcement. This would remove the perverse incentive and ensure that law enforcement is dedicated to doing what it does best, promoting public safety.