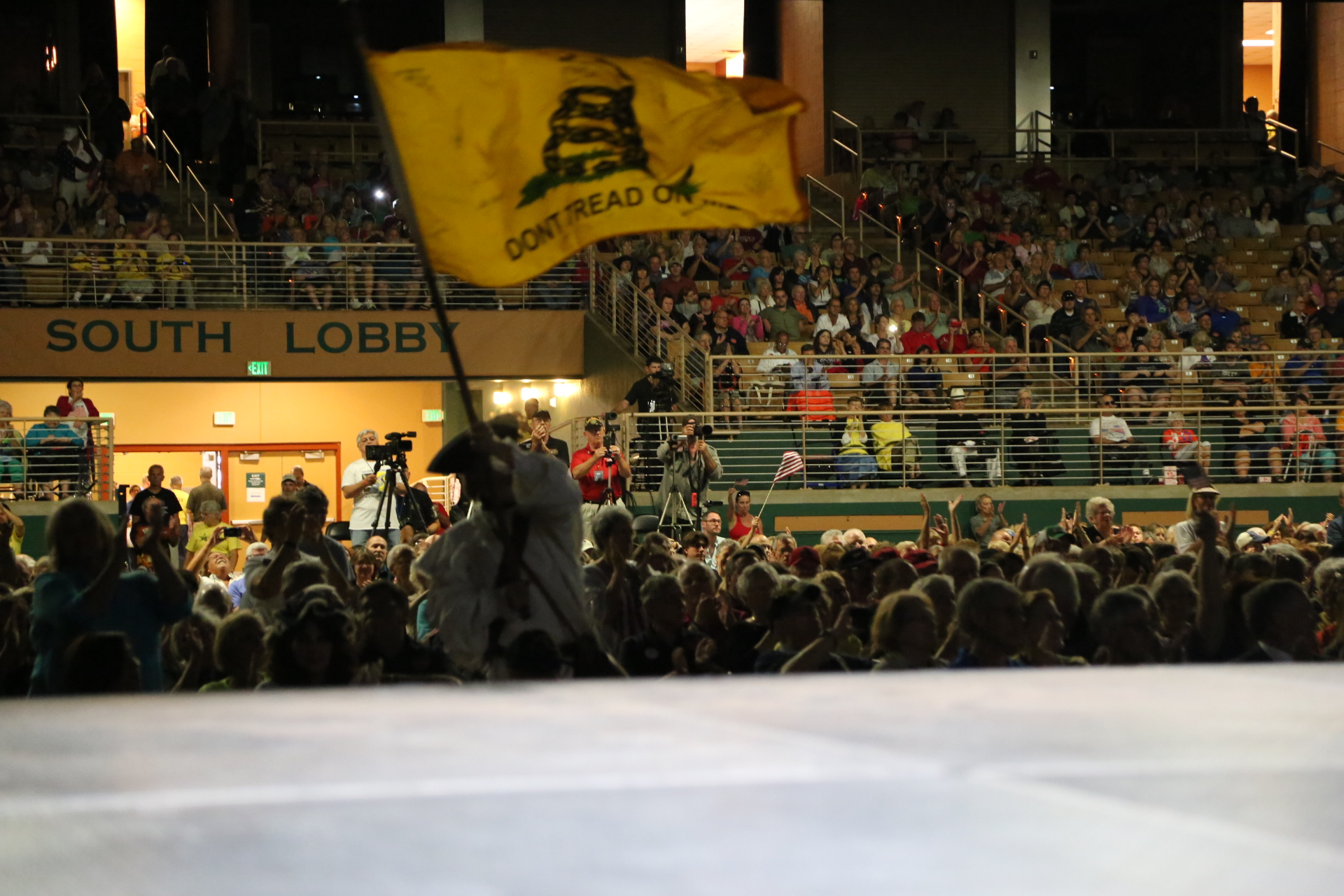 The enthusiastic crowd of more than 2,000 was addressed by six Congressmen and several other speakers.
Gallery

With more than 2,000 attendees, 80 volunteers and 60 sponsor groups, the feedback from those who attended has been phenomenal.

We want to give a special shout out to the 27 Southeastern sponsor groups who were on display throughout the building and who pushed hard to sell event passes - even at the last minute.

FreedomWorks would like to thank the speakers, sponsors, volunteers and staff at the Silver Spurs Arena who made this historic event possible. With your help, we look forward to working with our activists in the sunshine state to turn a "purple state" into a solid red one for the 2016 election cycle.

This month’s spotlight falls on Rep. Tim Huelskamp, who has represented Kansas’ 1st District since 2011, and who has one of the most impressive voting records of any member of Congress, amassing a lifetime grade of 97 percent on Freedom Works’ Congressional Scorecard. He is also a proud member of the House Freedom Caucus, the group of 40 or so representatives dedicated to supporting a liberty agenda in Congress.

WHAT: FreedomWorks, in conjunction with the Committee to Unleash Prosperity, will be hosting a media briefing on how the U.S. Economy can return to 4% growth. With the stock market in turmoil and economic growth continuing at a snails pace, it is more important than ever to find a way back to rapid growth. Many including president Obama’s Council of Economic Advisers, say that 4% Growth is pie in the sky. FreedomWorks Senior economic consultant Steve Moore will be joined by top economists to explain how tax, monetary and regulatory changes could be made to restore growth in U.S. Economy and make the pie in the sky a reality.

FreedomWorks was on hand to present our Activist of the Year Award while at the Utah G.O.P. Convention in Sandy, Utah August 15.

Each month, FreedomWorks will spotlight a Member of Congress who embodies our key principles of less government, lower taxes, and more freedom. For the inaugural edition of FreedomWorks’ Congressman of the Month program, we’re highlighting Rep. John Fleming of Louisiana. Fleming was one of the first to join the House Freedom Caucus, and has been a consistent voice for liberty in Congress, since he was first elected in 2008.