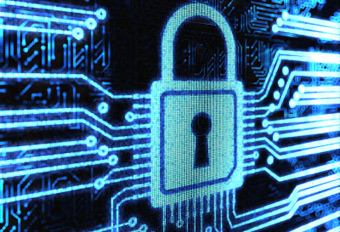 FreedomWorks is supporting the Email Privacy Act introduced by Rep. Kevin Yoder (R-Kansas). The bill would provide the same privacy protections for emails that apply to other forms of correspondence. Believe it or not, the major privacy law on the books does not apply to emails. Enacted by Congress in 1986, the Electronics Communication Act (ECPA) has not been updated to reflect our current privacy needs in a world where so much sensitive information is now stored digitally.

ECPA currently mandates that privacy protections on email expire after 180 days. This clearly needs to be changed. Our constitutional protections should never expire.

According to Senator Leahy (D-Vermont), "No one could have imagined just how the Internet and mobile technologies would transform how we communicate and exchange information today. Three decades later, we must update this law to reflect new privacy concerns and new technological realities."

As times change, legislation must be updated to ensure protection against excessive government intrusion. The current law leaves dangerous openings for the violation our constitutional rights and should be corrected. The Email Privacy Act would prevent the federal government from prying into private, electronically stored information of law-abiding citizens.

In a time where privacy concerns are a top priority, this is something that Congress can finally accomplish this year. Polls continue to show that Americans are worried about their privacy online. A Pew study found that 68 percent of people agreed that the law is insufficient to protect their privacy.

ECPA reform is good policy and good politics. Taking up ECPA reform will show voters that Congress is taking their privacy concerns seriously. In a recent poll taken in seven politically diverse regions, 84 percent of voters supported ECPA reform with an overwhelming majority of voters saying that they were more likely to support a candidate that supports ECPA reform.

Over half the House of Representatives and a majority of Republicans support the Email Privacy Act. This common sense proposal can easily pass the House with bipartisan support. It is time for the House to act.

ECPA should be reformed to ensure personal privacy for both electronic and non-electronic information. The Email Privacy Act is meaningful reform that will protect our email privacy, it’s popular with voters, and has bipartisanship support. What’s not to like?