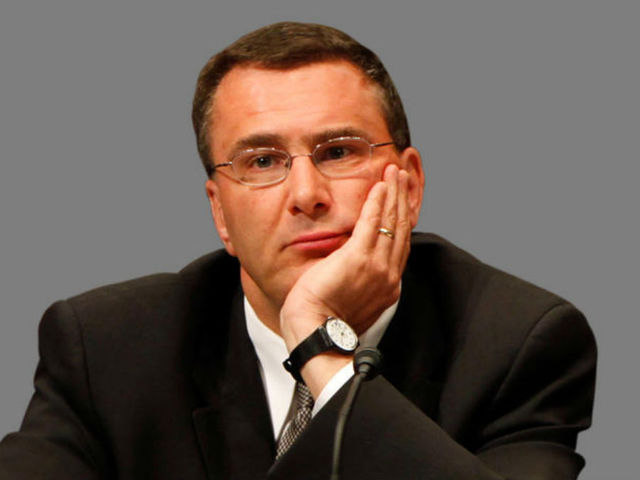 It's so depressing when free will gets in the way of government planning.

The latest examples comes from a series of presentation slides in which Gruber asserts that seniors “do a terrible job at choosing” their health insurance plans, as a rationale for why such choice should be denied to them. “We have experimented with choice in public insurance: Medicare Part D,” Gruber said, but argued that such choice should not be offered because seniors choose badly.

This is a refreshing - albeit disturbing - dose of honesty that candidly describes the attitude of many on the political left towards Americans in general. People are stupid, so we need to control them.

What does it mean to be “bad at choosing” anyway? In order to even begin to make such a pronouncement, we must first assume that the government knows what people really want more than people themselves do. To evaluate a choice as bad simply means that the evaluator is using different criteria than the chooser. Austrian economist and advocate of individual liberty Ludwig von Mises states the problem nicely.

“The assertion that there is irrational action is always rooted in an evaluation of a scale of values different from our own. Whoever says that irrationality plays a role in human action is merely saying that his fellow men behave in a way that he does not consider correct.”

While it is true that misinformation and imperfect knowledge can lead to choices that do not achieve the desired outcome, this is surely an argument to increase the quality of information, not deny consumers choice in the first place.

What Gruber is really saying in his comments is that seniors don’t sign up for the plans he wants them to sign up for, and so they must be forced. This is the same kind of reasoning that underlies many a progressive policy. Because people don’t choose to eat what Michelle Obama thinks they should, they must be forced. Because people don’t choose to save for retirement to the extent that government thinks they should, Social Security will do it for them.

When has restricting choice ever improved a market outcome? Do laws prohibiting competition with the United States Post Office result in better mail delivery? Do government-granted monopolies to utilities result in cheaper electricity or natural gas? You would be hard pressed to make the case that fewer providers result in lower prices and better services.

Just because a bureaucrat disagrees with an individual’s preferences doesn’t mean those preferences are wrong. We should be offering people more choices, not fewer. because choice and competition underlie all innovation and all progress in an economy. Progressives love to rail against the evils of monopoly and corporate power, but then complain when competition allows consumers an actually meaningful choice.

Gruber’s analysis requires us to consider the question: if people are so bad at choosing, why not abolish democracy altogether? It’s hard to imagine a logically consistent response from him other than “why not, indeed?”

It's consistent with the mindset - talking down on the 'stupid American voter'. I happen to believe that Gruber has a personality disorder - a man who consistently puts people down in a pattern of behavior usually means he's not too sure about his own intellectual abilities. Someone who has to lie to get a law passed indicates his own insecurities to defend it with logic and arguments. Let him talk! - the more he talks, the more these 'stupid American voters' will figure him out.