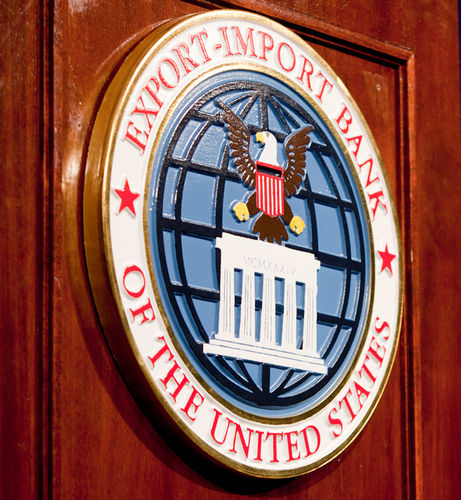 Governors want to reauthorize the Ex-Im Bank. Don't let them.

What do conservatives stand for? In theory, they’re supposed to support less government intervention in markets, responsible stewardship of taxpayer dollars, an equal playing field under the law, and a commitment to protect the rights of individuals over the special interests of certain well-connected groups.

The U.S. Export-Import Bank is a miniature demonstration of all the things conservatives supposedly hate. It gives risky loans to companies that cannot secure them on the open market; it props up certain industries, such as green energy, at the expense of others; it’s set to cost taxpayers billions of dollars; it primarily benefits a few giant companies with big lobbying shops; it’s been the sponsor of blatant political corruption; and it even bails out foreign companies while claiming to represent American interests.

With all this on its resume, it’s no surprise that most of the Bank’s most vocal supporters have been Democrats. Most, but not all.

The sad truth is, lots of Republicans continue to support the Ex-Im Bank. Until recently, they’ve mostly been doing so behind the scenes, but now 11 Republican governors, including self-professed “conservatives” like Mary Fallin and Nikki Haley, have partnered on a letter to congressional leadership demanding the Bank’s reauthorization.

In other words, these supposedly conservative governors are asking the federal government to prop up their exports at the taxpayers’ expense. It’s a sad reflection of the nature of government power. Politicians want to get reelected, and the easiest way to do that is to grab as much money and as many goodies from the federal government as possible.

Instead of cultivating an environment of low taxes and light regulations - the conditions that allow business to thrive - governors are caving in to lobbyists hungry for government money. It’s easier to let big companies like Boeing and General Electric - two of the Ex-Im Bank’s biggest beneficiaries - dictate policy than actually do the hard work of good governance, and this is why we see our elected representatives disappoint us again and again.

The only way this can change is if people hold their governors accountable and make their voices heard loud and clear. Governors are willing to embrace corporate cronyism in order to get reelected, so the threat of angry constituents is the best way to get them to stand for what’s right. The Ex-Im Bank is one example of a deeper problem, but blocking its reauthorization would send a clear message that the American people are finally ready to tackle the problem of corporate welfare head on.

Senate Committees to Hold More Hearings on Trump Nominee, House Not in Session Until Friday