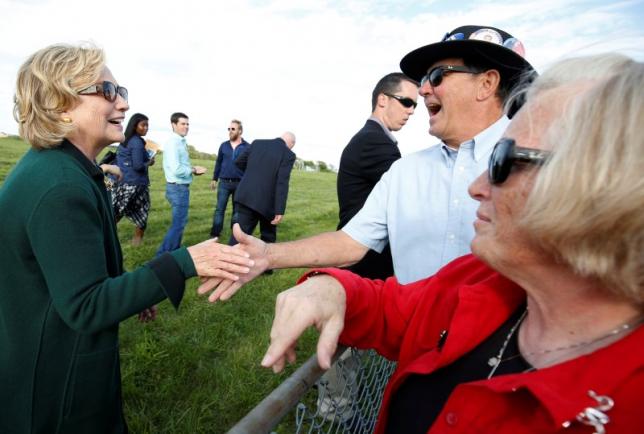 Successful ... politicians are insecure and intimidated men. They advance politically only as they placate, appease, bribe, seduce, bamboozle or otherwise manage to manipulate the demanding and threatening elements in their constituencies. —Walter Lippmann (1889-1974), American Journalist and Author

In 2002, Senator Hillary Clinton of New York opposed mandates for ethanol. According to Robert Bryce of the Manhattan Institute, Clinton and three senators wrote a letter that blending two billion gallons of corn ethanol per year was “an astonishing new anti-consumer government mandate.” In a floor debate on proposed ethanol mandates, Senator Clinton implored that it was, “impossible to understand why any pro-consumer, pro-health, pro-environment, anti-government mandate member of this body would vote for this provision.”

I believe the United States can and must be the clean energy super power for the 21st century. … We can’t afford to cede our leadership in developing and deploying the advanced, clean fuels of the future that will grow our economy, lower our energy bills, reduce pollution, and protect the health of our families and communities. And America’s farmers and rural communities have to be at the heart of this effort.

The message is very clear, presidential candidate Hillary Clinton is promising the continuation of federal government ethanol mandates, and subsidies for windmills and solar farms.

Then, after condemning oil and gas subsidies, she talks of the wonderful partnership between the federal government and the ethanol industry.

The U.S. Department of Agriculture has a successful history of partnering with farmers, rural small businesses, and rural co-ops in deploying renewable energy and energy efficiency solutions. These programs should be expanded. The United States should also continue supporting — and improving — the Renewable Fuel Standard and other federal incentives that have been a success for Iowa and much of rural America.

Wrongfully, this isn’t mere political obfuscation. It is immoral. If a person possesses the intelligence to become a Senator or Member of Congress, they know that ethanol mandates are driving up the price of corn throughout the world, which is severely impacting the health and lives of millions of the world’s poorest people.

Most disturbing is the moral character of our political leaders. Besides Mrs. Clinton, all the candidates who have announced their run for the Presidency, with the exception of Ted Cruz, have indicated some form of fealty to the ethanol lobby.