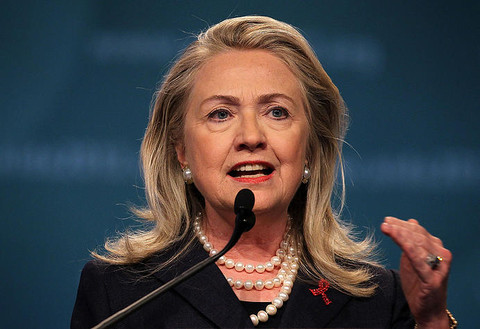 Hillary Clinton denies having an ideology on the Ex-Im Bank, but all politics is ideological.

For those who do not know the details of this admittedly arcane program, the Ex-Im Bank was established in 1934 to support American exports during the Great Depression. Today, it continues to lend out billions of taxpayer dollars to companies that generally don’t need the help. In 2013, [97 percent](97 percent) of loan guarantees went to just ten companies, with industry giants Boeing and Caterpillar taking the lion’s share. The Ex-Im Bank has also become increasingly political, with a mandate to support green energy companies like Solyndra (which went bankrupt) and Abengoa (which is hopelessly corrupt).

Clinton’s remarks continued with what I’m sure she intended as a ringing condemnation of those who disagree with her:

“But there are those who wish to end the role of the Export-Import Bank, and it’s not based on evidence, it’s based on ideology.”

Ah yes, ideology, that infamous bugaboo that progressives trot out whenever they cannot justify the morality of their positions. What could be worse than someone taking political positions based on ethics and principles rather than sterile, easily-manipulated charts, graphs and statistics?

Jonah Goldberg’s insightful and witty book, The Tyranny of Cliches, was entirely devoted to debunking both the notion that ideology is somehow bad, and the ridiculous lie that progressives somehow operate without any ideology at all.

So yes, we oppose the Export-Import Bank based on ideology, the ideology that it is not for the taxpayers to prop up huge companies like Boeing and Caterpillar, the ideology that the market should pick winners and losers, not government, the ideology that people and business alike should be treated fairly and equally under the law, not given special handouts for having a particularly good lobbyist shop, the ideology that American exports will be just fine without selective handouts to a few, achieved by picking the pockets of the many. That’s our ideology, Mrs. Clinton, and we’re sticking to it.

Like the tea party has room to speak since it is an engineered and paid-for astroturf "movement" paid for by billionaires and various industrial concerns.