Juveniles should not be subject to solitary confinement 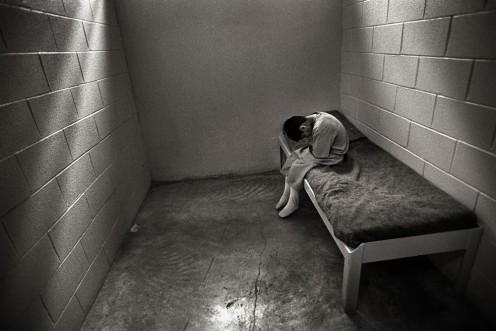 Perhaps one of the most outrageous practices in the justice system is the use of solitary confinement for juvenile offenders, most of whom are nonviolent. The practice has many long-term mental effects that lead offenders into a cycle of poverty and crime from which they are often unable to escape. Of course, that assumes they ever make it out of a juvenile facility, considering a shocking statistic from a 2009 study from the U.S. Department of Justice's Office of Justice Programs. The study found that over 50 percent of juveniles who committed suicide in detention facilities were in solitary confinement.

Take the tragic story of Kalief Browder. In May 2010, Browder, then 16 years old, and a friend were arrested on suspicion of robbery. He insisted that they did not do anything wrong, but he was booked on charges. His friend was released from custody. Browder, who had a previous run-in with the law and was sentenced to probation, was detained because his family could not afford the $3,000 bond set by the judge.

"Staring through the grating on the bus window, he watched the Bronx disappear. Soon, there was water on either side as the bus made its way across a long, narrow bridge to Rikers Island," Jennifer Gonnerman wrote in telling Browder's story. "Of the eight million people living in New York City, some eleven thousand are confined in the city’s jails on any given day, most of them on Rikers, a four-hundred-acre island in the East River, between Queens and the Bronx."

Rikers Island has ten prison facilities, including Robert N. Davoren Complex, which houses most of the juveniles incarcerated on the grounds. Though his case was never brought to trial, Browder would call Rikers Island home for three years. He was exposed to harsh treatment by prison staff and inmates, who would control whether other inmates would sit on a bench to watch TV or in the floor. "A lot of times, I’d say, 'I’m not sitting on the floor,'" Browder told Gonnerman. "And then they’ll come with five or six dudes. They’d swing on me. I’d have to fight back."

Browder was frequently placed in solitary confinement, where access to recreation is extremely limited. One stint lasted ten months. Though he was isolated from the general population of the facility, he had some rough experiences with prison staff. Eventually, Browder began losing weight -- his family said that he was not being fed enough -- and became depressed because of his situation and surrounding environment. After nearly two years on Rikers Island, in February 2012, Browder attempted suicide by tearing his bed sheets to make a makeshift noose.

After three years on Rikers Island and frequent delays of his trial, in May 2013, Browder, now 20 years old, was released. The prosecutor decided not to pursue the case because the alleged victim had moved back to Mexico and efforts to reach him were unsuccessful. Though he was no longer in the system, the negative effects remained with him.

"Many of his former pastimes—playing video games, watching movies, shooting hoops in the park—no longer engaged him. He preferred to spend time by himself, alone in his bedroom, with the door closed. Sometimes he found himself pacing, as he had done in solitary," Gonnerman wrote. "When he saw old friends, he was reminded of their accomplishments and what he had not achieved: no high-school diploma, no job, no money, no apartment of his own."

Browder managed to get a part-time job and his G.E.D. He even started taking classes at a local community college. But none of that could heal the mental wounds from his time on Rikers Island. He attempted suicide several more times. In June 2015, Browder was successful. He ended his life, a tragic result of the three years he spent in the system without trial, often while spending his time in isolation.

Solitary confinement slows the mental growth of juveniles, who are often denied education and are unable to rehabilitate when isolated, and it can lead to continued criminal or delinquent behavior as they mature. "The potential psychiatric consequences of prolonged solitary confinement are well recognized and include depression, anxiety and psychosis," the American Academy of Child and Adolescent Psychiatry explains. "Due to their developmental vulnerability, juvenile offenders are at particular risk of such adverse reactions." And, as noted, the consequences can be tragic, as 50.6 percent of juvenile offenders in solitary confinement commit suicide.

A bipartisan group of senators, including Rand Paul (R-Ky.) and Mike Lee (R-Utah), have introduced legislation, S. 1965 to address the issue, though only at the federal level. The Maintaining dignity and Eliminating unnecessary Restrictive Confinement of Youths (MERCY) Act that would, except in rare circumstances, prohibit use of solitary confinement for juveniles tried in the federal justice system or held in federal pretrial and juvenile facilities. Separately, according to the National Conference of State Legislatures, a handful of states, such as Texas and New York, have prohibited or limited use of solitary confinement for juveniles. With the issue receiving attention, other states are bound to act.

There are several reforms that have been implemented in states to deal with juvenile offenses, such as implemented community-based diversion programs rather than send young offenders to detention facilities and changing the approach to dealing with status offenses, which are offenses that would not otherwise be if person who committed them was an adult. But dealing with solitary confinement for juveniles, given the severe and tragic consequences that can come from it, is an area that policymakers must consider to disrupt the cycle of crime that can result from unnecessary isolation.