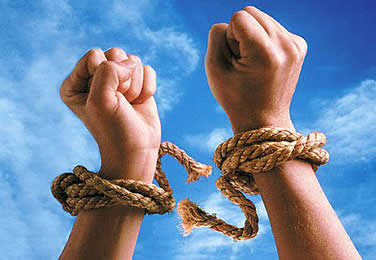 With the King v. Burwell decision expected to drop in only a couple of weeks, many in the media are whipping themselves into a frenzy over the consequences of vanishing subsidies. Depending on who you believe, between 6 and 7 million people could be affected if the Supreme Court rules that words mean what they mean, and Republicans have proposed several plans to bridge these people gently away from ObamaCare.

But there is another side to a ruling in favor of King that is largely being ignored. In addition to eliminating insurance subsidies from the IRS, the ruling would also clarify that the individual mandate that demands individuals purchase health insurance would no longer apply to the 34 states that declined to set up their own insurance exchanges.

The benefits of a release from the mandate are huge, and would affect more than 11 million Americans. According to a study from the American Action Forum, each of these people would no longer have to pay penalties for going without insurance, an average per capita cost of $1,200 annually.

Businesses would also get relief from ObamaCare’s employer mandate, which currently demands that any company employing more than fifty people provide health insurance for all employees. In the Court rules for the plaintiffs, 262,000 business establishments would be free from the mandate. The impact of this is hard to predict, but according to the study, as many as 3,300,000 part-time workers could gain hours, and total pay could rise by as much as $13.6 billion.

The cost savings and potential for economic growth is undeniably important, but most important is striking back against the government’s claimed ability to tell us what to buy, and how much to pay for it.

This is why the legislative response to King v. Burwell is so important. If Congress takes the easy route by extending the ObamaCare subsidies, it will legitimize a power that government should never have been given. Giving people the freedom to make choices about their own lives is too important an outcome for Congress to simply trade away due to political convenience.

We shouldn't ignore the problem of transitioning people away from the subsidies, but neither should we let this concern overwhelm the incredible victory that would come from breaking the government's hold on the insurance market in 34 states. The emphasis should be on expanding this freedom to all Americans.

Tell Congress Not To Save ObamaCare!
Tags King v. Burwell, ObamaCare
Log in or register to post comments.
3 comments

It's not Health Care, it's Health Insurance (and ridiculously expensive insurance at that).

No one seems to mention how many lost there health care when Obama care took over. You like your doctor, you can keep your doctor, you like your health insurance, you can keep your health insurance. The entire Obama care law is a lie and is about deceiving the American people. It only benefits those who are already using government assistance programs. As far as calling it the Affordable Care Act,that is a total joke and untruth. Another government program that is about control and power. Congress and the government in total do not represent the people any more. It is all about them, money and power.