Millennials make up only 24 percent of ObamaCare sign ups, still far below expectations 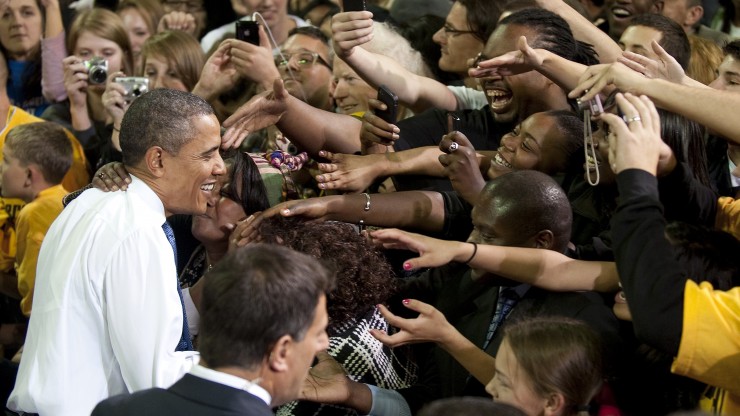 Before the initial ObamaCare open enrollment period, the Obama administration emphasized the need for millennials -- young people between the ages of 18 and 34 -- to sign up for health plans available on the exchanges. Health insurance companies need diversity in their risk pools to offset costs, because older and sicker people tend to utilize their coverage more often than the young and healthy.

The administration expected that millennials would make up roughly 40 percent of ObamaCare enrollments. Efforts to promote the exchanges to this crucial age demographic included a "Youth Summit" at the White House and ridiculous marketing campaigns, such as the widely mocked and offensive "brosurance" ads in Colorado. When the dust settled, however, young people made up only 28 percent of enrollments from the 2014 open enrollment period.

The 2015 open enrollment period, which began on November 15, isn't shaping up to be much better. Though the information available is limited to the federal exchange, millennials account for only 24 percent of selected plans through December 15, according data released on Tuesday by the Department of Health and Human Services. That's marginally better than the 23 percent of young people who signed up in the first three months of the 2014 open enrollment period.

Though the administration and supporters of the law have made overtures about the availability of subsidies that artificially lower the cost of coverage, ObamaCare is a pretty terrible deal for millennials, who tend to be healthy and don't see a real need for health insurance. What disposable income young people have, they believe, would be better spent elsewhere. David Hogberg, a healthcare policy analyst at National Center for Public Policy Research, has explained in detail that they would save money, even if they're forced to pay the individual mandate tax.

What's more, ObamaCare takes advantage of millennials. The law's age-rating restriction prohibits health insurers from charging older people more than three times what their younger counterparts pay for coverage. Insurers get around this provision by charging millennials more for coverage. It's no wonder why nearly 60 percent of young people disapprove of the law.

In an ordinary market, insurers would increase premiums exponentially to adjust for an unbalanced risk pool. But ObamaCare gives them the transitional, three-year "risk corridors" provision to offset losses and mitigate premium hikes. Though the administration illegally expanded this provision, originally expected to be self-funded, to cover heavy losses after the disastrous rollout of the exchanges, Congress recently prohibited use of taxpayer dollars to bailout insurers, at least for now.

More young people may sign up for health plans available on the exchanges before the 2015 open enrollment period ends on February 15, but they're still not likely to come close to administration's expectations. Health insurers may not have to worry about the lack of diversity in their risk pools for now, but come 2017, when the "risk corridors" provision expires, they may regret having participated in ObamaCare.

Obamacare is DOA - its success is 100% dependent upon the youth paying for it. But Millennials are poor - because of the socialist policies of the Obama administration.
They're delaying marriage, delaying home ownership...all because of central planning... http://www.investingforprosperity.com/millennials-delay-marriage.html