ObamaCare enrollments fall below 10 million, even further off 2014 projection 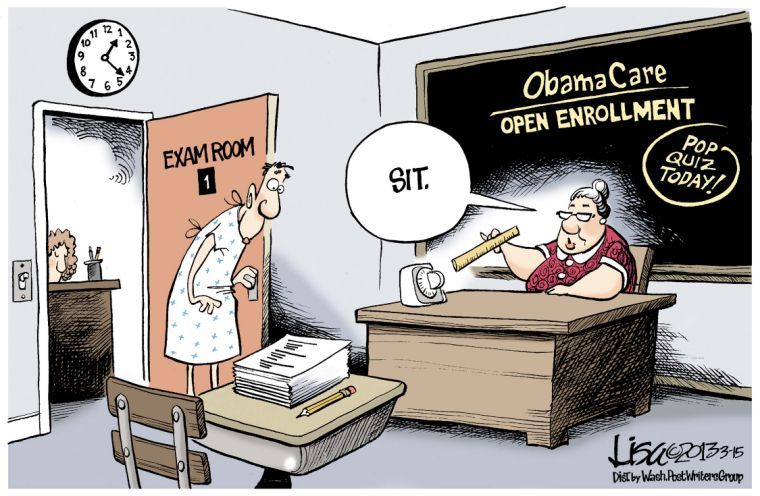 ObamaCare enrollments have fallen under 10 million, according to the Centers for Medicare and Medicaid Services, an agency under the Department of Health and Human Services that oversees much of the implementation of the 2010 heath insurance law. The new estimate is far below the Congressional Budget Office's 2014 projection.

At the end of the second open enrollment period, the Obama administration boasted that 11.7 million consumers had selected or were enrolled in government-approved and mandated health insurance plans through the ObamaCare exchanges. The figure, of course, was expected to decline due to attrition, such as consumers failing to pay their premiums or obtaining coverage through their employers.

In a statement released on Tuesday, the Centers for Medicare and Medicaid Services (CMS) reported that just under 9.95 million consumers had obtained coverage through the ObamaCare exchanges and paid their premiums as of the end of June. Eighty-four percent of consumers received subsidies for coverage. "These numbers," the release states, "are consistent with HHS’s effectuated enrollment target of 9.1 million for the end of 2015."

More accurately, the numbers are consistent with the revised enrollment target.

Just days before the 2015 open enrollment period began in November, the Department of Health and Human Services (HHS) lowered its projections for 2015 by nearly a third. The expectation was that between 10 million and 11 million consumers would sign-up, but attrition would lower the year-end total. "Federal officials...sought to lower expectations for upcoming enrollment in Obamacare," CNBC reported, "announcing that they now believe that only between 9 million and 9.9 million people will be enrolled in Affordable Care Act health insurance plans by the end of 2015."

With the 2016 enrollment period slated to begin on November 1 and premiums [are expected to significantly rise] in many states, the administration may find consumers unwilling to entertain costly ObamaCare health plans with limited physician networks. As health insurance market analyst Robert Laszewski recently noted, "After all of this and two complete open enrollments, only 40% of those who are eligible for Obamacare have signed up -- far below the proportion of the market insurers have historically needed to assure a sustainable risk pool."

Despite the administration's extraordinary manipulation of the market and costly subsidies, people are not embracing ObamaCare like the administration claimed they would. By that measure, unless one is moving the goal posts in a desparate attempt to advance a pre-determined narrative, ObamaCare is a failure.

Tags ObamaCare, Department of Health and Human Services, Centers for Medicare and Medicaid Services, enrollments
Log in or register to post comments.
1 comments

From this windows if you don't get knowledge than you must faces some difficulty to operate http://mycomputerwindows10.com from this you can know that the function of the latest windows 10 and how should we operate.