Oh look! the IRS is seizing bank accounts without any real suspicion of a crime 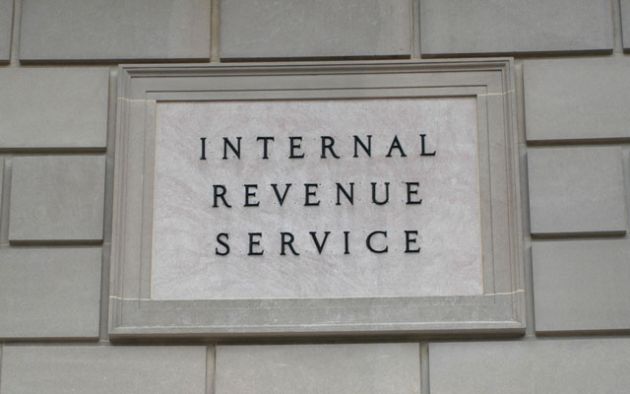 There's a new scandal involving the Internal Revenue Service. Already deserved criticism for its targeting of conservative organizations and promulgating rules allowing ObamaCare subsidies in states that have opted out of ObamaCare, the powerful tax agency is now under fire for seizing bank accounts of Americans who've done absolutely nothing wrong.

On Saturday, The New York Times reported on a case involving Carole Hinders, an Iowa restaurant owner, who was informed last year by IRS agents that her bank account, worth nearly $33,000, had been seized without any formal charges against her. Hinders only real "mistake" was she deposited less than $10,000 at a time, which the IRS viewed as an attempt to skirt government-mandated reporting requirements under the Bank Secrecy Act of 1970:

“How can this happen?” Ms. Hinders said in a recent interview. “Who takes your money before they prove that you’ve done anything wrong with it?”

The federal government does.

Using a law designed to catch drug traffickers, racketeers and terrorists by tracking their cash, the government has gone after run-of-the-mill business owners and wage earners without so much as an allegation that they have committed serious crimes. The government can take the money without ever filing a criminal complaint, and the owners are left to prove they are innocent. Many give up.

The Times noted that Hinders, without access to the money the IRS took from her, is struggling to keep her business going. Sadly, she may not ever get it back due to civil asset forfeiture laws, which allow local, state, and federal law enforcement agencies to keep seized money and property even if the person from whom the items are seized isn't charged or convicted of a crime. The Institute for Justice is representing Hinders pro-bono in her efforts to recover the money the IRS wrongly stole from her.

In response to the story, the IRS told the Times that it would curtail the practice of arbitrarily seizing American's money with no real justification for doing so. Because, you know, that was just too much to ask that the IRS do this in the first place:

Richard Weber, the chief of Criminal Investigation at the I.R.S., said in a written statement, “This policy update will ensure that C.I. continues to focus our limited investigative resources on identifying and investigating violations within our jurisdiction that closely align with C.I.’s mission and key priorities.” He added that making deposits under $10,000 to evade reporting requirements, called structuring, is still a crime whether the money is from legal or illegal sources. The new policy will not apply to past seizures.

In case you're wondering how often these seizures translate into actual criminal prosecutions, of the 639 instances in 2012 in which property was seized, about 20 percent were prosecuted.