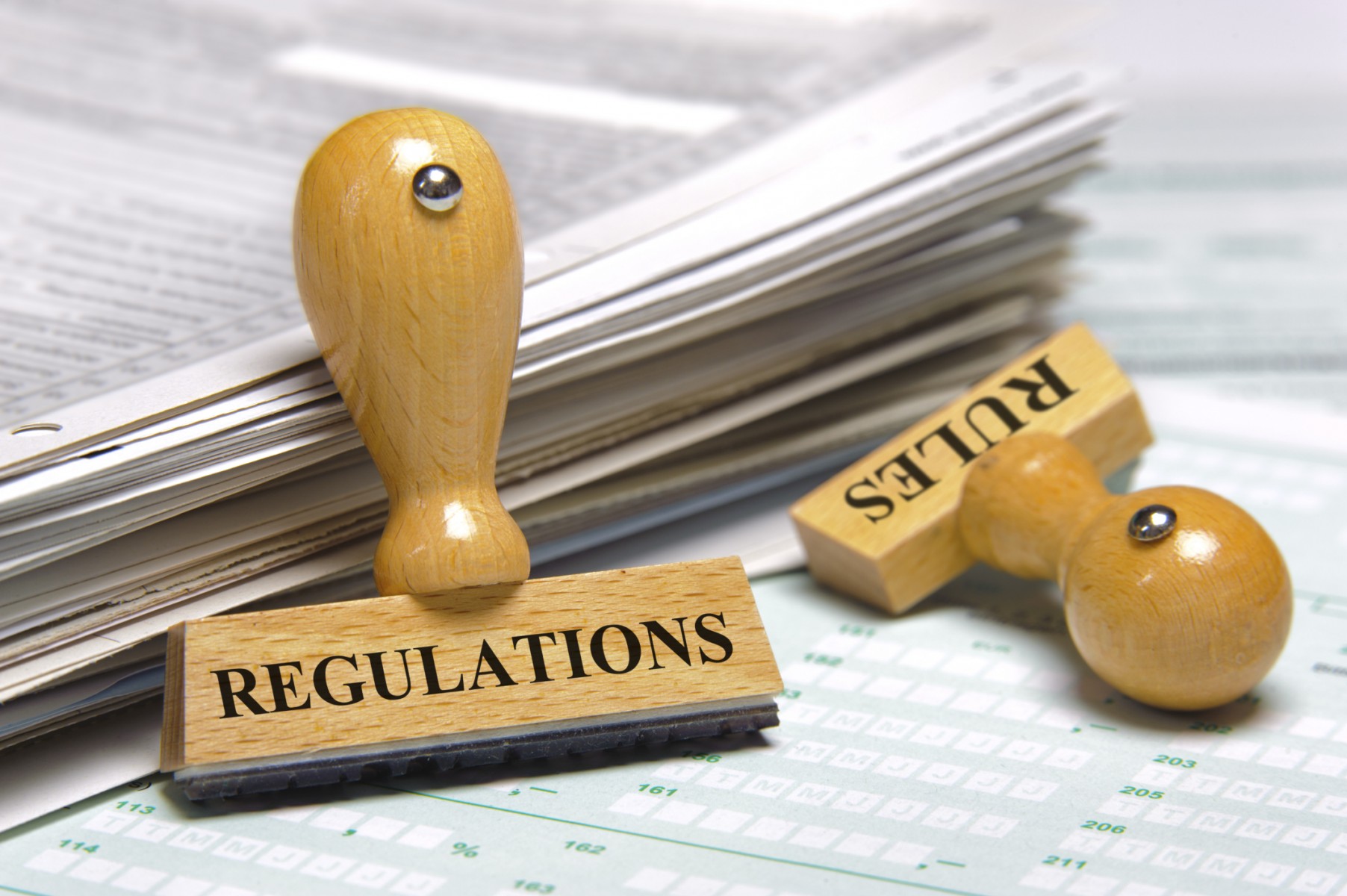 In 2016, Obama managed to reach 97,110 pages, beating the old record the administration had set in 2010 of 81,405 pages. Obama actually holds seven out of the top 10 highest Federal Register page counts ever. The sheer size of the register shows the vast regulatory reach into daily life.

The size of the register isn’t the only tell-tale sign that the federal government has gone amok.

In 2016, federal agencies enacted a total of 3,853 agency rules. For comparison, in 2016, Congress, the lawmaking branch of our government, enacted only 214 laws. Thus, unelected officials passed on average 18 rules per one law passed by Congress. The federal bureaucracy, under the guidance of Obama, sought to choke American’s with regulations, and they aren’t cheap for American taxpayers either.

According to a CEI report from 2017, these regulations cost nearly $1.9 trillion every year. That amount is estimated to be equivalent to half of U.S. federal spending, which totals $3.854 trillion annually. If U.S. regulation was a country, it would be the world’s seventh largest economy. Imagine what that amount of money in regulation costs could do if it was pumped through the free market and into taxpayers pockets instead of complying with onerous and unnecessary rules.

But wait, it gets even worse. Obama, determined to leave his regulatory mark on every aspect of life, issued an average of 45 new regulations per month in 2016. More than 140 “midnight regulations” (regulations signed after Election Day during the lame-duck session of a presidency) published by the Obama administration, with an attached price tag of $21 billion.

Of those 145, 31 were considered “economically significant,” a term attached to regulations that cost at least $100 million. These midnight regulations were clearly in direct conflict with the agenda that Americans voted for at the polls.

Obama expanded the size and scope of the executive branch by enacting all of these regulations. He significantly expanded the dangerous precedent of agencies producing rules which take away from the founding fathers ideals of a government for the people, and by the people. The regulatory overreach can stop though; Obama is out of office, and his bureaucratic cronies are starting to be replaced, so what exactly is being done to decrease the regulation?

On the campaign trail, President Trump promised to reverse the decades of regulations that have hindered economic growth and expanded bureaucratic power. In his first ten days in office, Trump signed an executive order “that for every new federal regulation, two existing regulations must be eliminated.”

Another executive order signed by Trump created a task force for every federal agency and department that was directed to review and reform existing regulations.

Already, Trump, with the help of Congress and the Congressional Review Act, has reversed over a dozen past administration regulations, approved the construction of the Keystone and Dakota Access pipelines, and incentivized agencies to reduce regulations, not enact more. The low regulatory output from the Trump administration has been unprecedented. Regulation has essentially ground to a halt under Trump as shown below, and he’s not alone in an effort to stop future regulations. 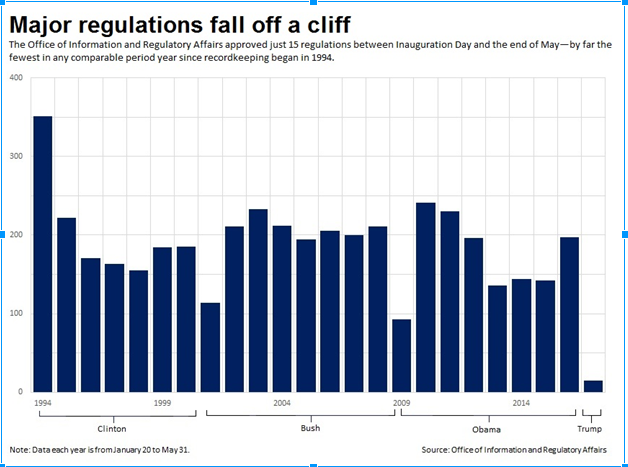 The 115th Congress, controlled by Republicans in the House and the Senate can help stop the regulation madness. There is currently one law already on the books that allows Congress to stop any regulation.

The Congressional Review Act of 1996, created a “60 session day” rule where Congress could use other procedures to overturn regulation, but the president could still veto a resolution. Prior to this Congress, the law was successfully used only once, in 2001 when the 60 legislative day period allowed Congress to veto a regulation signed by President Clinton once President Bush was sworn into office.

Another effective solution to limit regulations is making its way through the Senate. Sen. Rand Paul’s Regulations from the Executive in Need of Scrutiny (REINS) Act was recently passed out of committee, setting the stage for a vote on the floor of Senate.

The REINS Act would require every new regulation that impacts the economy more than $100 million to be approved by Congress. This bill would reign in the ever-growing federal bureaucracy and allow Congress to balance the regulatory power of the executive branch.

The increase in regulations and red tape Americans have seen over the last several decades has hindered our economy and has allowed the federal government to control too much of our daily lives. Control of the federal government can be put back into the hands of the people through the new Congress and administration, but it is imperative to keep on the pressure in the name of liberty and freedom.

The challenge is deposed for the benefits in life. All the issues and https://www.australian-writings.org/ are wonderful items for the humans. The chain is calculated for the future times.

Support the Regulations from the Executive in Need of Scrutiny (REINS) Act, S. 92

On behalf of FreedomWorks’ activist community, I urge you to contact your senators and urge them to cosponsor the Regulations from the Executive in Need of Scrutiny (REINS) Act, S. 92, if they haven’t already done so. Introduced by Sen. Rand Paul (R-Ky.), the REINS Act would reaffirm the legislative branch’s Article I authority by requiring that economically significant rules be approved through a joint resolution of Congress before they can take effect.