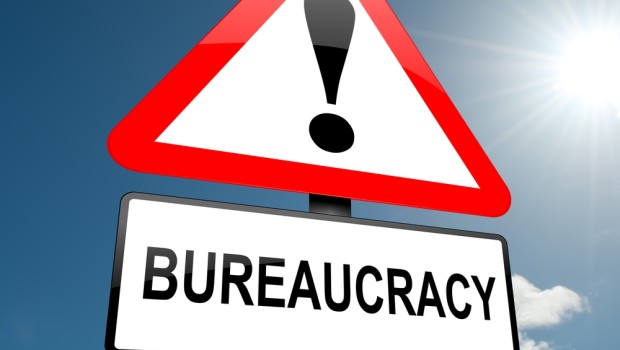 De Rugy noted that though the number of new rules declined by 15 percent under the Bush administration, the cost of new regulations considered "economically significant" -- those with an annual cost of $100 million or more -- increased by 70 percent. "Overall, the final outcome of this Republican regulation has been a significant increase in regulatory activity and cost since 2001," she wrote. "The number of pages added to the Federal Register, which lists all new regulations, reached an all-time high of 78,090 in 2007, up from 64,438 in 2001."

As bad as the Bush administration was when it came to regulation, the Obama administration has unquestionably been worse. In recent years, Republicans have, justifiably, become concerned about the dangers of over-regulation, noting that this administration is increasingly blurring the constitutional lines between the executive and legislative branches. This is only one concern, however, when it comes to the out-of-control regulatory state under President Obama. Another is the size and scope of regulations promulgated by the administration.

The federal regulatory state, according to the Competitive Enterprise Institute, cost the economy $1.885 trillion in 2015 -- nearly $15,000 per household. If it were its own economy, it would rank eighth in the world, behind India and ahead of Italy, Brazil, Canada, Australia, and Russia, according to statistics compiled by the International Monetary Fund.

A recent report by Sam Batkins of the American Action Forum brings the regulatory overreach of the Obama administration into focus. In nearly eight years, the Obama administration has issued 600 major regulations, which, again, are regulations with an annual economic impact of $100 million or more. Unfortunately, even with President Obama's time in office slowly coming to a close, the number of major regulations issued on his watch may exceed 650.

"President Obama is on pace to issue 641 major regulations (assuming 81 major rules in 2016). This figure also discounts the generally active 'midnight' period between Election Day and the following Inauguration Day. President Clinton issued 19 notable regulations during his lame duck January and President Bush issued 10 major rules. President Obama could easily top 650 major rules by the time the next president takes the oath of office (31 percent more than his predecessor)," he added.

No matter how you look at it, though, President Obama is now the regulator-in-chief, and the precedent his administration has set for his successors is frightening if Americans hope to see the economy live up to its full potential.