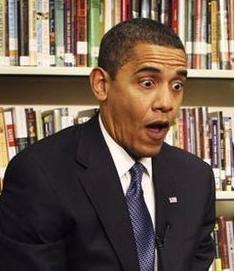 You won't believe these claims about Obama's record... because you have good instincts and can tell when you're being lied to.

Reality: The administration is fond of boasting about the number of people “covered” under ObamaCare. In fact, mere insurance coverage doesn’t mean very much when you look at the actual costs to real people. Insurance premiums have increased every year since ObamaCare was enacted, with 2016 seeing hikes of as much as 47 percent in in 49 states. Additionally, deductibles for the least expensive plans have risen to $6,850 for 2016, a steep price to ask low-income individuals to pay before enjoying the benefits of their mandatory insurance. No wonder so many people are simply choosing not to sign up.

Reality: The Clean Power Rule will cost $8.4 billion annually, almost ten times the cost of any other 2015 rule. The EPA also estimates that 14 to 19 percent of coal power plants will be driven out of business by 2030 under the plan, costing up to 125,800 American jobs. While the economic benefits claimed by the EPA are based on speculation that doesn’t take into account the actions of other countries, the costs are real and immediate.

Claim: President Obama’s bold action brought the economy back from the brink of collapse and build a stronger foundation for the future.

Reality: Obama’s recovery has been the worst in half a century, with growth averaging just 2 percent,zero income growth, and a real unemployment rate of 10 percent. The policies of this administration, including loose monetary policy, bailouts of big banks, and excessive taxes and regulations have actively slowed the recovery instead of helping it.

Reality: After big spending boondoggles like Race to the Top, unconstitutional appointments to the Department of Education, and the unqualified disaster that is Common Core, the Obama administration has not improved education outcomes, not to mention school choice or education freedom, in any measurable way.

Reality: Minimum wages don’t help workers, they hurt them. This is because a high minimum wage makes it unprofitable to hire someone with few skills and little experience. That person’s inability to find a job and improve their marketability then consigns them to a life of government dependence. After Seattle raised its minimum wage to $15 an hour, the city saw increased restaurant closures and less employment compared to other cities.

Claim: The Obama administration tapped the full potential of the internet age by implementing Net Neutrality.

Reality: The FCC’s decision to regulate the internet under Title II of the Federal Communications Act opens the door to everything from censorship, to higher internet taxes, to straight up compelling private companies to offer service at the whims of government. The internet was working great without government involvement. As FCC Commissioner Ajit Pai put it, Net Neutrality is “a solution that won’t work to a problem that doesn’t exist.”

There are plenty of other things to criticize about Obama’s claimed accomplishments, but I’d better stop here lest I be accused of denying other commentators their “fair share” of the punching bag. At least we can rejoice that this is the last year we will have to put up with Obama misrepresenting his record before the entire nation.