Surprise, taxpayers! ObamaCare will increase the budget deficit by $131 billion 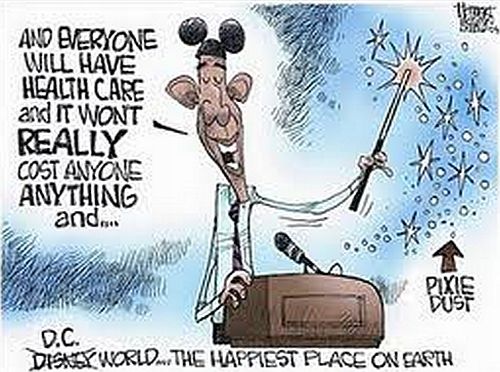 When ObamaCare passed Congress in March 2010, the Congressional Budget Office (CBO) estimated that the law would reduce the deficit by $124 billion over the next decade. The purported deficit reduction was, well, a rather rosy assumption because of all the budgetary gimmicks in the law, including Medicare cuts that are almost certainly never going to happen and backloaded costs.

The CBO has since released two more cost estimates, one in February 2011 and the other in July 2012, the most recent of which showed ObamaCare lowering the deficit by $109 billion. In a report released on Tuesday, Republicans on the Senate Budget Committee note, however, that because of lower than expected enrollments, unilateral changes to the employer mandate, and reduced economic output due to the law's negative impact on the labor market, ObamaCare will actually increase the budget deficit by $131 billion over the next ten years.

"This estimate is arrived at by taking the $180 billion in projected deficit reduction from the CBO 2012 extrapolation and then accounting for the lower net cost of the coverage provisions ($83 billion), the lower estimated federal health care savings under the plan ($132 billion), as well as the lower projected revenue levels when including the labor market effects of the legislation ($262 billion)," the report says. "The difference between the 2012 extrapolation and the current estimate of the cost of the Democrats’ health law amounts to a $311 billion change in its net deficit impact."

Here's a breakdown of the projections from the report: President Obama and congressional Democrats can keep talking about the "deficit reduction" that ObamaCare will supposedly bring, but it's, as expected, proving to be an epic fairytale.

I'm sorry, we are in a mid-phase of the inevitable government revelation that because of "unintended consequences", the [insert program name here] is going to cost several orders of magnitude more than intended or promoted.

Stay tuned for this headline (not on major news outlets): "Obamacare contribution to the DEFICIT will now exceed the cost of the Iraq war."