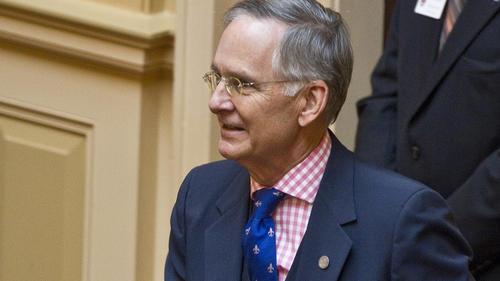 While some Republicans on the national level -- such as Rand Paul and Mike Lee -- are working diligently to reform the nation's civil asset forfeiture laws, Virginia Senate Majority Leader Tommy Norment (R-James City) has failed to protect innocent people and their property from this pernicious form of government overreach.

Civil asset forfeiture allows law enforcement agencies to seize property on the suspicion that it was used in some sort of an illicit activity. Though the owner is often never charged with, let convicted of a crime. Essentially, individuals may be innocent until proven guilty, but property isn't afford the same presumption of innocence that is a bedrock principle of the American legal system.

In Washington, Sen. Rand Paul (R-KY) has introduced the Fifth Amendment Integrity Restoration (FAIR) Act to roll back the abuses of civil asset forfeiture and related corruption. "The FAIR Act," Paul wrote at CNN.com, "will ensure that federal government agencies, like the IRS and Department of Justice, no longer profit from taking the property of U.S. citizens without due process, while maintaining the ability of courts to order the surrender of proceeds of crime."

In addition to the reforms proposed in Congress, lawmakers are introducing bills in state legislatures to substantially reform civil asset forfeiture laws to protect innocent people and their property from this assault on due process or, in some cases, prohibit it. Among these lawmakers is Del. Mark Cole (R-Spotsylvania), who introduced legislation, HB 1287, to reform Virginia's civil asset forfeiture laws, requiring a conviction before the government can seize property used in a crime.

HB 1287 had overwhelming, bipartisan support in the House of Delegates, clearing the lower chamber by a 92 to 6 vote in early February. Support was just as strong outside of Richmond, with the Virginia chapter of the American Civil Liberties Union, Tea Party groups, and the libertarian Institute for Justice strongly backing the bill.

Just two weeks later, however, Norment, the upper chamber's top Republican, joined a group of lawmakers who killed the bill in a Senate committee. The committee opted to study civil asset forfeiture before moving on any legislative reforms through the Virginia General Assembly.

In September, the Washington Post highlighted a couple of egregious examples of civil asset forfeiture abuse in Virginia. One involved a man who was stopped with $18,000 in cash to purchase a vehicle. He had to sue to get his money back.

The other involved Mandrel Stuart, a Staunton-based barbecue restaurant owner. Police seized $17,550 from Stuart during a traffic stop. Though he was offered a settlement for half the sum, he continued to fight for what was rightfully his. "I paid taxes on that money. I worked for that money," Stuart told the Post. "Why should I give them my money?"

Unfortunately, by the time his won his money through a jury trial, Stuart's business went under because, according to the report, "he didn’t have the cash to pay his overhead."

Norment can continue to play political games, but innocent Virginians are suffering because of the Commonwealth's terrible civil asset forfeiture laws. No more study or debate is needed. Norment needs stop being part of the problem and begin to be part of the solution to protect property owners and ensure that police are focusing on public safety, not revenue collection.