“Right to Try” Laws Give Terminal Patients a Fighting Chance 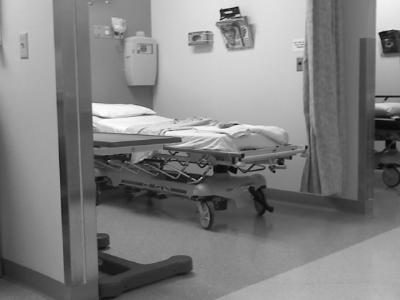 The Food and Drug Administration (FDA) is responsible for determining which prescription drugs are legal to sell in the United States, with all new products forced to undergo a lengthy and expensive approval process before patients can access their benefits. But in many cases, the FDA is actively standing in the way of patients with debilitating or terminal illnesses being allowed to choose their own treatment, denying them the chance to fight for their survival.

If you’re dying, with little chance of recovery from currently available treatments, shouldn’t you have the choice to try potentially life-saving new medicines? Wouldn’t you want to try every option available to save your life?

Today, many Americans find themselves in exactly this position. But rather than being allowed to pursue alternative treatments, they are blocked by drug regulations that effectively condemn them to certain death. Fortunately, some states are trying to change that introducing so-called “Right to Try” laws, that give terminal patients the option of trying medicines not approved for the general public.

The FDA justifies its mission on the basis of protecting consumer safety. By making sure drugs are safe before releasing them, they argue, lives are saved. While there is undoubtedly some truth to this, it is only one side of the story. For every bad drug that is successfully blocked, several good ones are substantially delayed. The lives that are lost due to the unavailability of a new medicine is a statistic that is impossible to quantify, and less attention is therefore paid to the problem than to those instances when an approved drug actually harms people.

How these two issues should be balanced is something that can be debated at length, but in cases of terminal patients, the calculus is significantly easier. For a person who is dying, and who has no hope of recovery with currently available medicine, is naturally going to be more tolerant of risk than other patients. Yet, in most states, the law allows no exception for people in desperate situations.

So far, five states have enacted Right to Try laws. Michigan, Colorado, Louisiana, Missouri, Louisiana, and most recently Arizona, which passed its own Right to Try law in this November’s elections, are leading the nation in expanding access to medicine for terminal patients. Wyoming may soon join them, having prefiled Right to Try legislation for the 2015 session.

These laws are far from perfect, and they have been criticized for being ineffective. There is still a lengthy application process involved, and there is little incentive for doctors and pharmaceutical companies to play along with something that could potentially earn them bad publicity of experimental treatments fail to work. Still, Right to Try laws are a step in the right direction for improving patient choice. They could be still further improved by allowing volunteers to be part of experimental trials, which would themselves be considered as part of the criteria for drug approval.

The FDA is notoriously cautious compared to drug approval agencies in other countries, and there are many life-saving medicines available in Europe, but still prohibited in the United States. A loosening of restrictions could do immeasurable good for desperate patients waiting for a cure.

It is understandable that the FDA would want to protect consumers, but in the case of terminal patients, these protections no longer make sense. People in such desperate situations should be allowed to try any methods to save themselves, rather than being forced to sit idly by and accept an inevitability that need not be. Give patients a choice; their lives are the ones at stake, not ours.