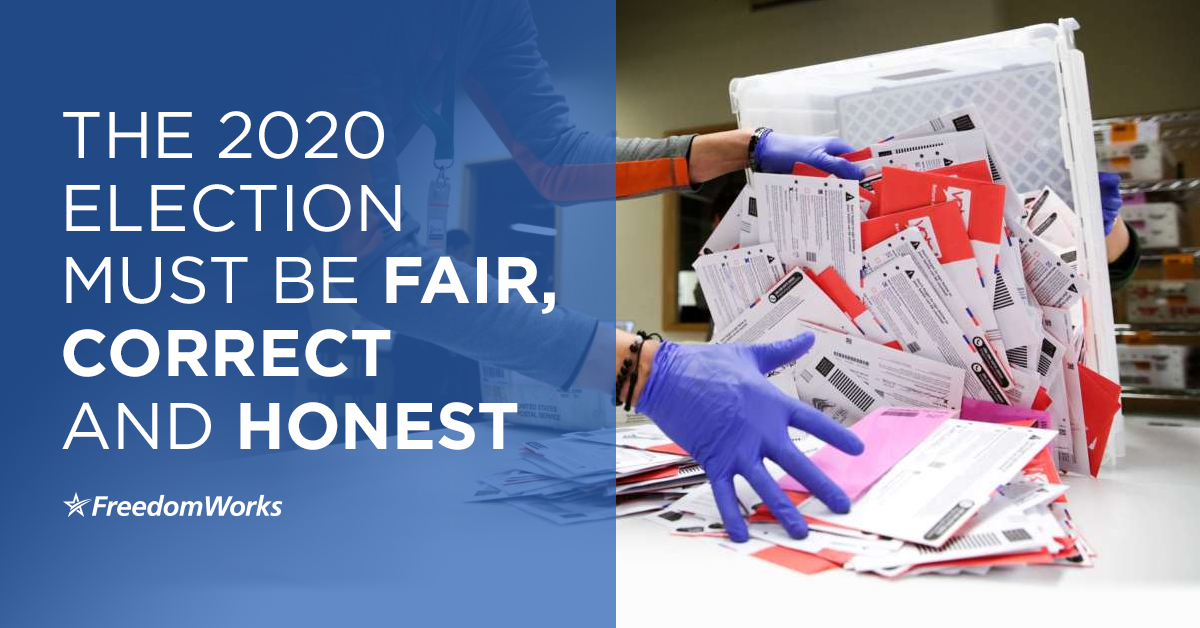 "Dr. Samuel Langdon, a President of Harvard and lifelong pastor, declared in an Election Sermon in 1788, 'Preserve your government with the utmost attention and solicitude, for it is the remarkable gift of heaven. From year to year be careful in the choice of your representatives, and all the higher powers of government… ```

Presently, the Democrats, especially Speaker Nancy Pelosi, are attempting to install vote-by-mail nationwide for this year’s 2020 presidential election. Speaker Pelosi fully understands what a Florida commission determined over twenty years ago, that, “The lack of “in-person, at-the-polls” accountability makes absentee ballots the “tool of choice” for those inclined to commit voter fraud.”

In one of the most high profile cases, the North Carolina Board of Elections decertified the outcome of the 2018 race in the 9th Congressional District and ordered a new election after evidence of absentee ballot fraud emerged. About 61% of all mailed votes were cast for Republican candidate Mark Harris over Democrat Dan McReady, although only 16% of those requesting a ballot were Republicans.

In a previous blog I wrote that Dick Morris, a former top advisor to President Clinton, explains the scheme in Newsmax:

Democrats and their leftist field organizations use absentee and mail-in ballots to conduct "vote harvesting" in which they visit party strongholds like nursing homes, public housing projects, and Indian reservations to sign up voters and collect ballots en masse.

Since there is no secret ballot, intimidation and/or bribery play a big roll in collecting ballots, particularly in those locations where vulnerable voters could be subject to harassment.

Vote harvesting is believed to have played a key role in at least five surprise Democratic Congressional victories in California in 2018. (Republicans have no comparable ability to harvest votes since they don’t have locations where the concentration of GOP support is so widespread as to enable vote harvesting).

Previously, California had restrictions on “ballot harvesting,” but the Democrat-controlled legislature removed all restrictions in 2016, and then-Governor Jerry Brown eagerly signed the legislation.

It does not take a political genius to understand Speaker Pelosi’s intent to destroy America’s sacred right to have one vote that is a private decision for each eligible citizen. She knows that massive harvesting has and will take place. Pelosi obviously knows that in 2018 in Orange County, California 250,000 vote-by-mail election day drop-offs were mostly caused by harvesters, which resulted in the defeat of five incumbents.