Adam Brandon in The Washington Post: A Coalition in Virginia is Transcending Polarization to Take on Entrenched Special Interests 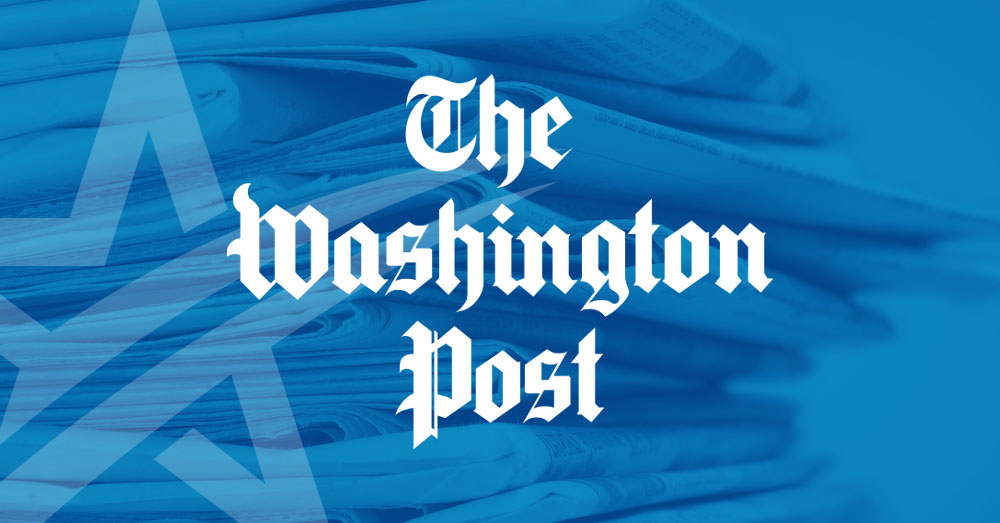 If Americans’ appetite for taking on the status quo is a defining feature of our time, political polarization is another. We celebrate the first as essential to democracy and progress — having spurred reforms from the American Revolution to the civil rights movement — while the second pits us against each other and often paralyzes our system with gridlock. Paradoxically, today we see them rising together.

A vigorous drive to stand up to our most powerful institutions animates progressives, conservatives and independents alike and cuts across the geographic, racial and cultural lines that often divide us. The political establishment has learned the hard way that this grass-roots discontent cannot be belittled or ignored.

Polarization, however, can prevent people from seeking redress of their grievances in a powerful, united way. When Americans are too paralyzed by animosity to work together, the privileged special interests that are the biggest reason for our ire remain unscathed by reform.

But what if we were to channel our shared dissaffection in ways that transcend right and left? What if politically engaged citizens put more of their energy toward action on common values and interests — coming together across lines of division to confront some of our most powerful and privileged institutions?

This can happen. In Virginia, a state often viewed as a national bellwether, citizens are proving the power of diverse, nontraditional coalitions by taking on one of the most blatant examples of legalized corruption: the government-granted monopoly on electricity sales that allows selected utilities to reap inordinate profits from their captive customers.

The deal these utilities get, under a statute their own attorneys and lobbyists wrote, is so sweet that Goldman Sachs called Virginia “one of the top state regulatory environments for utilities in the U.S.” The key phrase there is “for utilities,” since Goldman is referring to the shareholders’ perspective, not to those of us who are paying the bills.

Virginians understand it’s not a coincidence that their state’s dominant utility, Dominion Energy, is the single biggest corporate contributor to state candidates, and citizens have teamed up across ideological lines to counter the company’s inordinate power over our democracy.

This year, limited-government activists, environmentalists and advocates for low-income Virginians pressed the General Assembly to pass a bill that would have prevented utilities from charging captive customers billions for new gas pipeline projects without first proving that the projects are actually needed and the lowest-cost option available. While such a policy might sound like a no-brainer, it was an audacious proposal in a state where Dominion typically calls the legislative shots and stands to make a killing from multibillion-dollar infrastructure investments.

As Travis Kavulla, a former Montana utility regulator, recently explained, “When you multiply Dominion’s shareholder investment by the standard 9.4 percent return that Virginia’s regulators have authorized for it, you see that it pays to spend more on less efficient projects.” The guaranteed return on equity for new pipelines, in fact, is far higher than this standard rate — 14 percent. Such a project as this could cost Dominion’s captive customers $2.5 billion to $3 billion, regardless of whether the new pipeline is ever used to fuel electricity generation.

Responding to the unified citizen pressure, this consumer protection bill, H.B. 1718, passed through the House of Delegates with solidly bipartisan support. Although a Senate committee stacked with Dominion allies ultimately killed it, observers were stunned: It was the first piece of legislation actively opposed by Dominion to make it to the floor of either chamber — let alone pass — in more than two decades.

The next revelation came last month when our two organizations, the regional environmental nonprofit Appalachian Voices and the national free-enterprise advocate FreedomWorks, joined seven other influential advocacy groups from across the ideological spectrum to launch the Virginia Energy Reform Coalition, an alliance committed to replacing electric monopolies with open, competitive electricity retail markets.

Using a variation on the successful approach taken by Texas, Virginia lawmakers can unleash innovation, increase energy options and reward electricity providers based on their performance, not on how much of our money they spend.

Market competition would benefit the many small businesses with the technology and business models to deliver clean solar power at competitive rates, as well as the communities who want these businesses to create local clean-energy jobs and generate local wealth.

The problem we face is that the incumbent utilities want to hang on to that wealth for themselves. They fear a competitive market, so their lobbyists swarm our state capitals to safeguard their monopolies.

Criticism of the monopolies goes beyond grass roots. Costco, one of several major retailers seeking permission to purchase power on an open market, complained to the State Corporation Commission that “Dominion’s overcharging and overearning are what makes Dominion so attractive to investors and so unattractive to customers.” While the commission has rejected the retailers’ requests to go around Dominion and purchase power on the open market, it pointedly noted that their “potential for recourse may be found through the legislative process.”

To create a modern, efficient and just energy system, our elected leaders must show the courage to take back the power they’ve given Dominion over the past two decades. Meanwhile, it will only become more difficult for them to ignore the growing power of the increasingly united constituencies they were elected to represent.