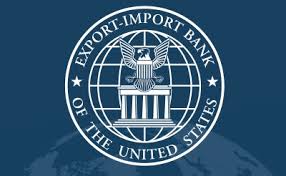 With the clock ticking to end government funding of the Export-Import Bank, big business is stepping up the pressure to keep the bank alive.

Support of Ex-Im will stop on June 30 unless Congress passes legislation to keep it going.

Leaving no stone unturned, lobbying pressure is being wielded in Congressional districts and in Washington, D.C.

Senator Ted Cruz (R-TX), an ardent opponent of Ex-Im, was the target of Houston business leaders that want to him to support the bank.

Honeywell, a beneficiary of Ex-Im, hosted an event that included Ex-Im Bank Chairman Fred P. Hochberg and Representative Markwayne Mullin (R-OK) at its manufacturing facility in Oklahoma. The purpose of the meeting was to highlight the benefits of the bank to the local community.

On the national level, the U.S. Chamber of Commerce and the National Manufacturers Association facilitated a lobbying fly-in to Washington, D.C. the last week in February to pressure Congress. Almost 700 businesses participated in the lobbying effort to keep the bank.

Senator Lindsay Graham (R-SC) told these businesses that, “There’s no way in hell I’m going back to South Carolina and say, ‘Hey we shut down a bank because people ideologically objected to the bank and the reason you’ve lost these plants is because companies overseas doing the exact same thing have a bank.’”

Boeing and General Electric are two of the biggest recipients of the bank and have manufacturing facilities in South Carolina.