Blanket $2,000 Checks Are the Wrong Choice in the Long Run 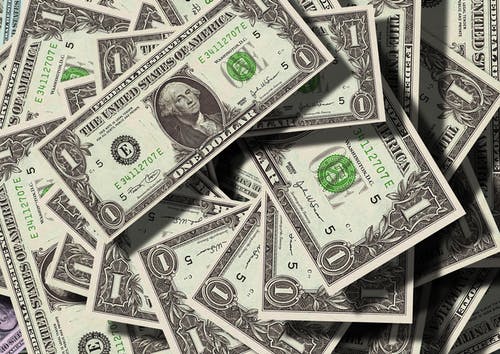 Anyone who watched TV in the 1990s saw those annoying commercials featuring Matthew Lesko. This is the clown who wore suits with question marks all over them as he tried to sell his books telling people how to get “free” money from the federal government. I couldn’t stand the guy, not only because his commercials were annoying but also because he was teaching people how to siphon money from the federal government when we needed to shrink it.

My career in Washington, D.C., has revolved around keeping the United States’s fiscal house in order. Even before COVID-19 hit, we were on a precarious fiscal path because of an aging population and trillions of dollars in unfunded liabilities, as well as politicians who play the part of Lesko by looking to dole out “free” money that we simply don’t have.

The pandemic and related congressional responses only worsened our fiscal outlook. We’re looking at a national debt that is equal to the size of our economy, and too few in Congress are considering what kind of future they are leaving for our children and grandchildren. Conservatives need to oppose any blanket stimulus on the grounds that it’s simply immoral to saddle future generations with further debt.

Fiscally conservative organizations, including my organization, FreedomWorks, have always advocated for sound economics and restrained budgets as the best path to prosperity for all. A blanket approach that sends $2,000 in direct payments to nearly everyone is the wrong approach.

Many people are hurting right now, and relief should be targeted to those who are truly in need, such as small-business owners who have been forced to close, as well as their now-unemployed workers.

My fears about the unsustainable debt levels are what brought me to Washington. When I arrived in the nation’s capital in 2005, the national debt stood at $8 trillion, and we thought things were bad then. Now, it’s now hovering around $30 trillion. The $2,000 direct payments will cost $464 billion. We’re putting the cost right on the nation’s credit card.

Many are claiming that these blanket $2,000 checks are necessary in the name of “compassion.” This is the path to unsustainability, and there is nothing compassionate about setting up future generations for failure. History tells us that debt-laden countries with currency problems see a lack of sustainability and a significant decline in living standards. Just look at what has happened to Greece in the past two decades.

America’s decline will not come at the hands of a foreign power. It will come from within due to unrestrained debt and a failed economy. Free money will put us on an unstable path to debasing the currency and creating dependency on the federal government. Not only that, but it’s a national security threat to bankrupt the U.S. What will we say to ourselves when we are forced to make radical cuts to Social Security and the military budget overnight? How is that “compassionate?” It is imperative that Washington take control of the national debt before we are forced to countenance the looming debt crisis.

Worse still, it appears with voting by mail and stimulus checks that we are on the path to a direct democracy and universal basic income. COVID-19 has been the Left’s excuse for bad policy, and this recent relief package is what socialists in line with Vermont Sen. Bernie Sanders and New York Rep. Alexandria Ocasio-Cortez have been dreaming about.

The Left has made it clear it wants an end to our constitutional system of republican governance. This new round of direct payments is but a stepping stone to a universal basic income. Coupled with other Democratic Party goals of voting by mail, the abolition of the Electoral College, and an expanded Supreme Court packed with leftist judges, a universal basic income would put the nation on track for the Left’s endgame of direct democracy and, eventually, widespread state control of the economy and our daily lives.

Great nations are never bankrupt nations. This relief package that may include $2,000 in direct payments amounts to a down payment on universal basic income that will inevitably bankrupt our nation. A $30 trillion national debt is an existential threat to the economy and the republic’s posterity. We’ll need strong economic growth, such as what we saw prior to the pandemic, and a sober fiscal mindset if we are to correct course. Republicans, and anyone who claims to value fiscal responsibility in Washington, ought to remember that.