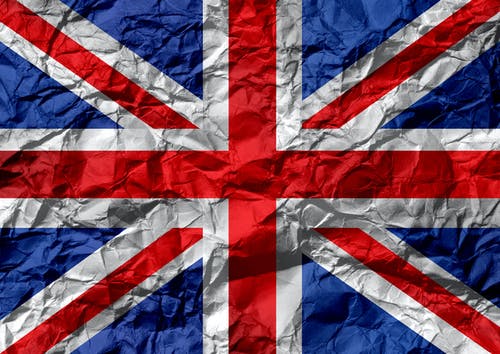 Any Brit wishing to visit the USA during the pandemic must spend two weeks in quarantine. I spent my fortnight of seclusion on the Caribbean island of St. Maarten, which is why I arrived at Miami Airport a few days ago with a heavy suntan. I will spend the next six weeks touring the United States in association with FreedomWorks.

You may wonder: what use can an English Brexiteer be in America? The fact is, I've always felt at home in the U.S. and, in business terms, certainly feel closer to the country than I do the continent of Europe. Indeed, I began my career in 1982 in the London office of the Wall Street giant Drexel Burnham Lambert. I then spent many years working for the large Chicago broker Refco. In political terms, I had visited the Hill and addressed members of Congress and the Senate several times before the Brexit referendum in 2016, even if very few people in U.S. politics had a full understanding of the European Union at that time.

When the Brexit result came through five years ago, everything changed—and I believe it had a huge impact on America. I remember arriving in Cleveland that summer for the Republican Convention and being astonished that bartenders and taxi drivers would point at me asking "Aren't you that Brexit guy?" The Brexit theme was picked up by Republican challenger Donald Trump, who went around the United States calling himself "Mr. Brexit"—at least, until I arrived, when he transferred the name to me.

There is no doubt that the Trump campaign believed Brexit's key message—that the establishment could be beaten—and that that message was a crucial part of its success in the November 2016 election. I spent many weeks in America in the latter half of 2016 advancing this argument in various media outlets and I know that Donald Trump himself still considers it to be true. Looking back, it is clear that 2016 was an epic year for the populist revolt, and for once it was Britain that led the way.

In the U.S. today, there are no such feelings of elation among the conservative movement. For a Republican presidential candidate to have secured 75 million votes and still lost has left the party faithful bewildered. Many pin their hopes on the electoral audit about to take place in Maricopa County, Arizona, but few genuinely believe in miracles. Worse still, Democrats are threatening to pack the Supreme Court, to add new Senate seats for blue areas and, perhaps, to abolish the Electoral College. As a result, there is an awful sense that the U.S. Constitution is under attack. Some even believe that the future of the United States is at risk. At the same time, in social policy terms, the widening gap between the black and white communities—exacerbated by the Marxist Black Lives Matter movement—is causing growing numbers of citizens to flee the big cities. In short, things seem to be in a state of flux.

Over the weekend, I spoke to several members of Congress who are utterly demoralized. But I was able to remind them of the Brexit movement's own struggles. We went through a horrible period of fear and discouragement, culminating on the morning of March 30, 2019, when we awoke to a country that had still not left the European Union, despite then-prime minister Theresa May promising the nation 108 times that we would leave the EU on March 29.

For a while, Brexit seemed lost. It was as though the greatest democratic exercise in Britain's history was being squandered, mainly because of the weakness of Theresa May. What saved us, ironically, were the European Parliament elections of May 2019, which Britain was forced to take part in even though we had voted to leave the European Union three years before. For the purposes of these elections, I formed a new political party called the Brexit Party. We won the election handsomely even though the Brexit Party had only existed for a few months. This was possible because the anti-European Union grassroots following that I had built up over the previous 25 years was ready on standby. Despite the best efforts of the mainstream media and the political elites, these people had not changed their view; they were determined to leave the EU—even if they had to make this clear via an election that they should not have had to participate in.

After the European Parliament elections of 2019, the governing Conservative Party was forced to act. It had no choice but to install Boris Johnson as leader. Had it not done so, this party—which in its modern form has existed since the 1830s—would have faced disintegration. Thankfully, it worked, and Brexit was eventually achieved.

For the next six weeks, I will criss-cross the United States. My main task will be to address activist meetings under the banner of FreedomWorks. I hope to inspire everybody who attends these events with the story of how we rescued Brexit, and to dispel some of the current negativity within the ranks of America's conservative grassroots campaigners. And, as the midterm elections come into view, I also hope that I can help inspire activists to get out there and campaign. If my presence here plays any part in motivating people in the next six weeks, I will have done my job.