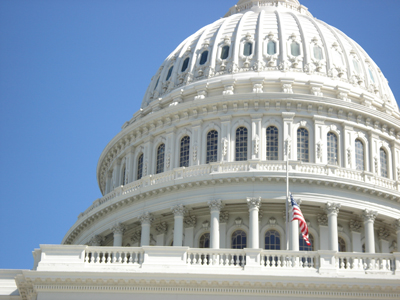 House & Senate/Schedule: The House and Senate are both in session this week, before going on recess the week of October 12.

Legislative Highlight of the Week: Drama over the upcoming change in House leadership continues this week, with the nomination of a new Speaker to take place on Thursday. Current contenders for Speaker include Majority Leader Kevin McCarthy, Rep. Dan Webster from Florida, and Utah Rep. Jason Chaffetz. McCarthy has reportedly been sitting down with members of the House Freedom Caucus to work out a deal to give them more representation, but his perception as John Boehner 2.0 will be hard to shake.

House/Energy: The House may vote this week on lifting the longstanding ban on crude oil exports. For the last forty years, the exportation of crude oil has been prohibited because of the perceived need to keep the oil here at home, and avoid purchasing it from foreign countries. As oil prices have declined and natural gas production has expanded, domestic access is less of a concern.

A lifting of the ban would be a recognition of the benefits of free trade, bring money into the United States, while diminishing other countries’ ability to corner the international market.

Senate/Defense: The Senate will take up the National Defense Authorization Act (NDAA), passed in the House last week. The bill contains $38 billion in increased spending, using the Overseas Contingency Operations (OCO) fund as way to include spending not subject to the budget caps established in 2011. FreedomWorks has opposed the use of emergency funding for non-emergency spending as an irresponsible budget trick. President Obama has threatened to veto the bill if it passes.