The Chamber vs. the Good Guys 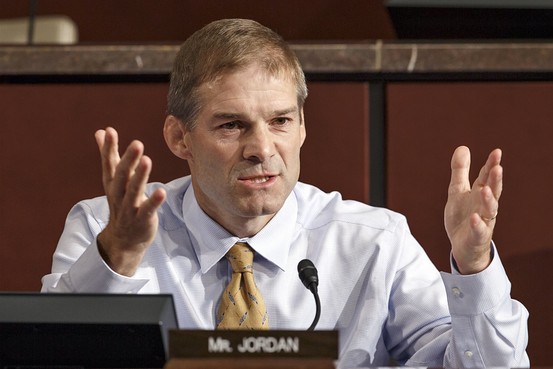 Jim Jordan, and the Freedom Caucus he founded, are under attack.

Mahatma Gandhi is reported to have said: “First they ignore you. Then they laugh at you. Then they attack you. Then you win.” It’s hard not to feel like the freedom movement is entering stage three. That is encouraging, insofar as it moves us closer to stage four, but it’s nevertheless a challenge, and one we should take seriously.

When the tea party was first formed in 2009, the mainstream media at first tried to pretend it didn’t exist. When that became impossible, the ridicule started, with endless caricatures of activists as racist, sexist, hillbilly loons. But that tactic has failed, and every election cycle we are seeing greater gains in the number of congressmen who take seriously the idea of shrinking government and restricting federal power. Now, the attacking begins in earnest.

With the formation of the House Freedom Caucus and its willingness to stand on principle making headlines all around the country, the lobbyist wing of the Republican Party, the K Streeters who see people with integrity as a threat to the filthy lucre they can extract from government, are preparing to spend millions in an effort to unseat those Members of Congress they can’t control.

The U.S. Chamber of Commerce is among the worst offenders in this regard, consistently attacking Republicans who fight for free markets, despite the organization’s allegedly “pro-growth” agenda.

A member of the Chamber’s public affairs committee summed up their plans to fund primary challengers to House Freedom Caucus members:

“The fact that there are still members of the Republican House that are obstructionist, isolationists that would be willing to shut down the government down only reinforces that the Chamber and the business community, for that matter, will double down on this winning formula.”

In other words, anyone who doesn’t fall unquestioningly in line with leadership needs to be taken out. This is the kind of attitude that has so damaged the Republican brand over the years. If the Party wants to be seen as anything other than a tool of corporate welfare, it should be embracing these brave warriors for freedom instead of trying to destroy them.

At FreedomWorks, we’re making it a priority to support and defend the House Freedom Caucus from attacks like these. It’s bad enough they have to deal with Democrats who want to increase government spending, raise taxes, and block any kind of meaningful reforms. It’s even worse to be stabbed in the back by their own Party. In this environment, it’s more important than ever that we stand up for these Members and make sure the establishment fails in its efforts to squash all dissent.