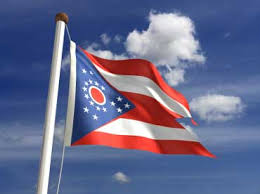 Civil asset forfeiture abuse is a reality for many Ohioans. House Bill 347, which focuses on protecting the “innocent until proven guilty” concept, recently passed the Ohio state House in May. This same bill is moving to a vote in the state Senate this week.

Currently, Ohio law does not require a conviction of a crime before police can seize property. These policing tactics force the accused to prove his or her innocence in a court of law, which is a fundamentally flawed practice. Fortunately, Ohioans have taken notice and local activists are demanding action. There is overwhelming support for reform at the state level in Ohio, which is further by the over 52,000 messages delivered by FreedomWorks activists to their local state representatives. Change is now in the foreseeable future.

After a press call in collaboration with U.S. Justice Action Network, who is at the forefront of civil asset forfeiture reform around the country, remarks were made by the bipartisan leadership on this issue:

“The current civil asset forfeiture process in Ohio does not reflect the doctrine of innocent until proven guilty,” said State Senator Kris Jordan (R-19), “and common sense dictates that we return to the rule of law that has been a foundation of our legal system.”

“Our forfeiture system is being abused when property belonging to Ohio citizens is deemed guilty first until proven innocent,” said State Senator Cecil Thomas (D-9). “No one should have to fear that his or her possessions might be seized without a conviction.”

Private property rights are mentioned more times in the U.S Constitution than any other right. It is crucial that Ohioans keep the pressure on their local government to protect these inherent rights. Civil Asset Forfeiture abuse has been a growing trend on both the state and federal level.