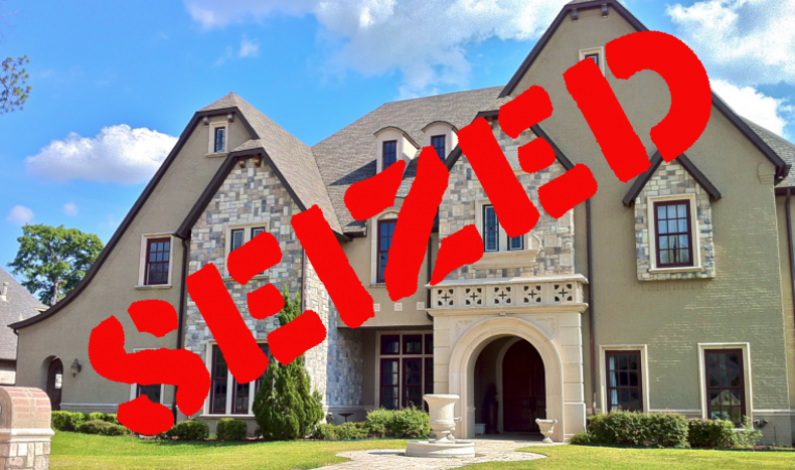 The Institute for Justice is leading a class-action lawsuit against the city of Philadelphia and its’ civil forfeiture practices. This litigation comes in light of the city seizing a family’s home because unbeknownst to the parents, their son made a drug deal on the property worth $40.

Civil forfeiture laws allow police departments to seize private property, sell it, and use the proceeds to fund their operations. The real owners of seized property do not have to be convicted or even charged with a crime to lose their property. Government can seize property, such as a car or home, if it’s found to “facilitate” a crime. In essence, the government sues the property itself.

As strange as this all sounds, the names of cases pertaining to civil forfeiture sound even more bizarre, such as Commonwealth of Pennsylvania v. The Real Property and Improvements Known as 2544 N. Colorado Street; United States v. 434 Main Street, Tewksbury, Mass; and Commonwealth v. One 1958 Plymouth Sedan. The government literally sues a house or car, not a human. Innocent people can be punished for crimes that they did not even commit.

Even worse, the police departments use something known as equitable sharing, which hands over civil forfeiture cases to the federal government. Then, the feds allow police and prosecutors to keep about 80% of the profits. So even if state or local protections for property owners are there, enforcement can avoid these and still seize and profit off taken property using federal law.

Unfortunately, Philadelphia is not the only place in America where this is a problem. The Institute for Justice’s report “Policing for Profit” has revealed the nationwide practice of police departments profiting from civil forfeiture on real property. In 42 states, law enforcement can keep all the cash, cars and homes seized under civil forfeiture. The Institute for Justice graded the states on how well they protect property owners and only three states received a “B” or higher.

The Institute recommends three changes to combat these actions:

1) Remove the profit incentive by reserving profits to the general treasury, education, or compensating victims

2) Reverse the burden of proof inversion – many people give up their cases because it is too hard to prove the property was not connected to the crime, even though that person is not even charged with a crime

Visit the Institute for Justice’s website http://endforfeiture.com to learn more about civil forfeiture.

This is fundamentaly in direct conflict with all that is, or at least was, ordained as Constitutional Rule of Law in America. Laws made in pursuance of the Constitution are "to secure the Blessings of Liberty to ourselves and Posterity", not confiscate them. And Property, as has been well established by our Founders, is THE fountain from which the stream of Individual Liberty flows. Where does this end? What or who is to determine that such property is a either a direct blessing of crime, or simply indirectly associated with a given criminal? Those who would confiscate it? Will businesses now get confiscated for the crimes of employees? Once standard procedure, what miniscule crimes will constitute such government take-over of any or all of our private property, regardless of any participation in that crime? How long in this New Normal before the whole of our Individual Liberty itself is the crime?

This is legalized theft of personal property by the government. No doubt that of personal property stolen in this manner could cause one to developer homicide in his/her heart. To have your property stolen in this manner when you have no knowledge of a drug deal going on is much greater then common theft as the owner were not guilty of any crime to start with.
Many year ago I had a step-son whom I noticed one night that his eyes were very dilated in bright light I confronted him and wanted to know what kind of funny stuff he was smoking. He instantly got into denial; so I told him then that we would go in the morning and get a body fluid check. The next morning he was gone when we got up and didn't see him for two weeks. He was 14 years old at that point. He is now 42 and still a problem. I don't allow him to stay at our place as I don't trust him. I know that he is still into drugs. All of his friends have shady records. One of his friends got shot dead by a hit squad whom they shot nine times.after he was down from the initial attack.

A police friend of mine gave me a list of suspected drug pushers in our geographical area, and my step son was near the top of the list. I told my step son that he was one of the police suspects of being a drug pusher. He didn't believe me until he needed to get a police clearance for some reason and couldn't get it because his name came up as suspected drug dealer. He was finally able to get his clearance because he challenge them because he had no arrest record. I have always told him that it is just matter of time before he slips up and gets caught.

The Institute for Justice filed an historic lawsuit today to fight restrictions on bone marrow donations. Currently those people in need of bone marrow cannot legally provide incentives to encourage potential donors to give marrow. The lawsuit seeks to lift this restriction and allow market incentives to help those in need.Here's a great video describing the case: