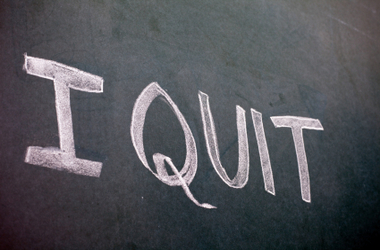 Because of Common Core, more teachers are throwing in the towel.

Stacie Starr is just such a teacher - or at least she was. After a 16-year career capped with winning the 2014 Top Teacher Search, Starr has announced that she is getting out of the teaching game, citing Common Core standards and increased testing requirements as her reason.

“I can’t do it anymore, not in this ‘drill ‘em and kill ‘em’ atmosphere,” Starr said. “I don’t think anyone understands that in this environment if your child cannot quickly grasp material, study like a robot and pass all of these tests, they will not survive.”

Starr taught at Elyria High School in Lorain County, Ohio, one of the states that advanced legislation to combat Common Core standards - and their accompanying testing requirements, last year. More recently, a bill passed unanimously in the House that would limit schools’ ability to share test scores with outside parties, but stops short of repealing Common Core or removing testing requirements.

The state’s governor, John Kasich, will be a significant obstacle in removing Common Core from the classrooms, as he has defended the standards and denied that they are federally directed. The governor’s argument is splitting hairs over a technicality, since federal funding is denied to states that don’t adopt Common Core standards, or standards that are “substantially identical.” The claim that the standards are state-controlled is misleading at best.

Starr continued to explain her frustration with testing requirement: “Each and every day, I have to look in my students’ eyes and tell them I can’t help them because the state has decided they have to prove what they know.”

The loss of good teachers is just one of the consequence of sacrificing local control of education. From unsolvable math problems to questionable political content, Common Core is making education worse all over the country.

Fortunately, states are stepping up to try to end the damaging standards, and a number of federal bills have emerged to break the ties between federal funding and standard requirements. This is a fight we can win, as long as we keep speaking out and demanding more education freedom for our children.

I would like more information about this, because it is very nice., Thanks for sharing.
Game Lover - https://games.lol/puzzle/

Superb post, thanks for sharing with us Wow, that's a nice article!! Thank you or sharing.
Game Lover - https://games.lol/arcade/