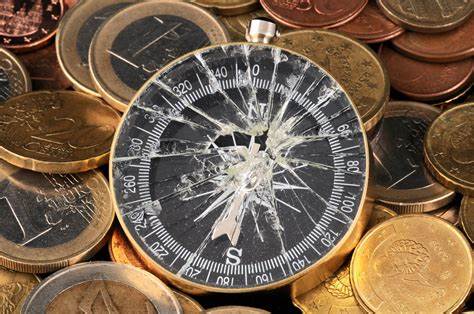 The left wages political battle against a party and against an ideology (conservatism) that is almost constantly negotiating against itself. It calls to mind the old adage popularized by libertarian/anarchist author, Michael Malice: “Conservatism is progressivism driving the speed limit.”

John McCain, the 2008 GOP presidential nominee, was perhaps the person most singularly responsible for the failure of Obamacare repeal. He was hailed as a hero upon his death by many in left-wing circles and was even eulogized by the man who defeated him, former-President Barack Obama. We had any number of thinkpieces from progressive outlets saying that he “left a void,” despite those same outlets smearing him as an arch-conservative madman just ten years prior.

Then there’s the 2012 GOP nominee, Sen. Mitt Romney (R-Utah). Romney was lambasted by Obama and his allies for being a radical capitalist who essentially drove employees to suicide. Now, we have left-wing media outlets praising his political courage for joining their efforts to try and remove President Trump from office.

There’s certainly a non-zero chance that even Donald Trump might be hailed as a transcendent bipartisan hero within the next decade for one reason or another. This is why the left’s rage is so baffling. They can just sit back with confidence that the boogeymen who haunt their dreams today will take up arms alongside them in the very near future.

Perhaps no single political “movement” is more emblematic of this phenomenon than the rise of the “national conservative” movement. This movement, figureheaded by people like Sen. Josh Hawley (R-Mo.) and Tucker Carlson, now has an organizational face: American Compass. This upstart organization is headed by Oren Cass, a senior fellow at the Manhattan Institute and formerly the policy director for Romney’s 2012 campaign.

The stated objective of American Compass, according to Cass himself, is “helping American conservatism recover from its chronic case of market fundamentalism.” Notably, Cass does not mention any supposed symptoms of this disease. The only evidence he presents to say that conservatism is governed by purely libertarian economics is that center-right advocacy groups all have the phrase “free markets” in their mission statements. That’s it.

The question I’d have for Mr. Cass is: When exactly did American conservatives come down with this ailment and how has it ever manifested itself? I would genuinely like to know, because I am struggling to come up with any examples of libertarian fundamentalism permeating conservative or GOP political thought at any point after the conclusion of the Coolidge administration, or possibly even further back.

The few ideas Cass does allude to in his piece seem to be centered around two themes. The first, he claims, is that the conservative movement is too reflexively pro-free trade and ignorant to the ills of globalism. The second is that the conservative movement wants to deregulate the economy to the point where they only exist to benefit shareholders. Both claims could not possibly come from someone who’s observed conservative politics for any period of time.

Was conservatism too gripped by this market fundamentalism when President Trump engaged in trade disputes with multiple nations at a time? Was it too fundamentalist when he bailed out our nation’s agricultural sector to the tune of tens of billions of dollars? How about running our nation back to the same trillion dollar deficits we all claimed to despise under the Obama administration? Is this the “outsourcing of economics to libertarians” that Cass describes? No.

Maybe Cass is more sympathetic to Trump’s economic agenda. So, let’s look back to President George W. Bush. Maybe he is emblematic of the market fundamentalism of which we need to be cured. Was it perhaps represented by the trillion dollar deficits he ushered in by the end of his presidency? No. Was it the free market libertarians who forced him to sign Medicare Part D into law? Again, no. How about the hundreds of thousands of pages of new regulations he added to the Federal Register? Again, not the libertarians.

Well, there’s Ronald Reagan. Surely Reagan of all people is this rock-ribbed libertarian economist who shows the problem Cass is talking about. A cursory analysis shows this is not the case. Reagan promised to end the Departments of Energy and Education. Not only did he not do that, but those agencies were expanded by the end of his presidency. The average deficit over the last 50 years has been 2.9% of GDP. Under Reagan’s presidency the deficit eclipsed that seven out of eight times. Regan also implemented significant tariffs on Japan, hardly the libertarian free trader. Then, there’s the fact that many of Reagan’s significant deregulatory accomplishments were set in motion by the administration of Jimmy Carter.

Despite Cass’s unhinged musings to the contrary, the conservative movement has never been gripped by libertarian market fundamentalism. Perhaps that’s why so many groups like FreedomWorks advocate for market principles in their mission statements. They’ve never been given a fair shake by people who pretend to care about them.

Instead of giving them a chance and getting the government truly off of the backs of the working men and women of this country, Cass, Hawley, Carlson, and company want the conservative movement to instead lock arms with labor unions and government central planners. It is truly amazing that someone like Oren Cass, a think tank lifer, a former consultant for Bain Capital, and former editor of Harvard Law Review can unironically claim some sort of mantle as champion of the working man.

This is why, if I were a leftist, I would calm down. There will always be people out there like McCain, like Romney, and like Oren Cass. Instead of pushing back on leftist ideals, they’ll be out there trying to figure out how best to incorporate big government policies into the conservative movement such that conservative orthodoxy will represent progressive orthodoxy, just ten years behind.

How about instead of trying to figure out how to make conservatism more like the socialism we decry, we actually try balancing budgets, abolishing trade barriers, slashing government bureaucracy, and radically cutting regulatory red tape? The problem isn’t that we’ve tried too hard to accomplish those goals, it’s that we haven’t been willing enough.