Conservatives Must Fight Back Against Leftist Critical Race Theory in Classrooms 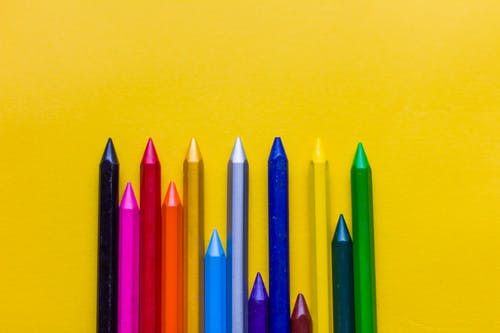 After a year without in-person instruction, American students have suffered immeasurably. Though all the long-term effects of a year without school aren’t yet known, it doesn’t take a scientific study to understand that it’s been extremely damaging to the mental health and development of our kids. Children are anxious to get back into the classroom, to see their friends, and for life to return to normal.

Thankfully, it appears most schools are finally ready to open their doors this fall. But of course, a return to a pre-pandemic life cannot occur without the left getting something it wants. If we’ve learned anything during the last year, it’s that power-hungry leftist politicians won’t let a crisis go to waste.

As if kids haven’t suffered enough, the Biden administration has announced it wants to bring kids back to school and teach them to hate each other. The White House plans to do this by adding Critical Race Theory (CRT) into history and civics classes. Forget simple math, science, or even civics lessons; real education is no longer the priority. To the left, it’s more important to indoctrinate our kids when they return to school.

Maybe that all sounds a bit extreme. Leftists would say that CRT isn’t racist at all; in fact, they claim it’s essential to creating an “anti-racist” America. But upon closer examination, it’s clear that CRT is intended to divide Americans rather than bring us together.

How? Most notably, CRT teaches that society breaks down along lines of collective racial or political identities. Additionally, it is rooted in the belief that the United States is an inherently racist country. Since the central idea of CRT is that individuals can be categorized as victims or oppressors based on race, this poisonous ideology would encourage students to make judgements about their peers based on the color of their skin. That’s exactly the opposite of what we should be teaching our children.

To the left, it’s more important to overhaul education than to make sure that kids are adjusting to classroom life after a year of online learning. Yet nothing has exposed disparities like lockdowns. Kids who come from disadvantaged homes had more pronounced struggles with online schooling, so there’s little doubt lockdowns have widened the achievement gap. But because activism is the left’s focus rather than education, it’s happy to simply ignore these issues if it means it can brainwash kids with Critical Race Theory.

We should never forget that the same people who locked down schools without so much as a second thought also want to bring Critical Race Theory into classrooms. Leftists and teachers unions held kids hostage for a year as they advocated for unscientific school closures, and they’re now planning to brainwash them using CRT when schools reopen.

Ultimately, leftists are treating children as political pawns. Their priority is turning our kids into activists — cajoling them into groupthink — rather than letting them grow into independent individuals. If students eventually decide that they’re interested in CRT, they’re free to learn more about it when they get to college, or read about it in their free time.

But promoting this radical ideology in classrooms with young children as the unquestionable truth is repugnant. Who decided that this is the lens through which our children must see the world? It wasn’t us parents, that’s for sure.

It’s infuriating that a group of far-left bureaucrats, led by President Biden, have decided to force the poisonous ideology of CRT onto our children. As Democrats pressure educators across the nation to add CRT into their curriculum as schools reopen, conservatives must push back. We will not stand idly by as politicians and teachers unions attempt to turn our children into advocates for their leftist agenda.