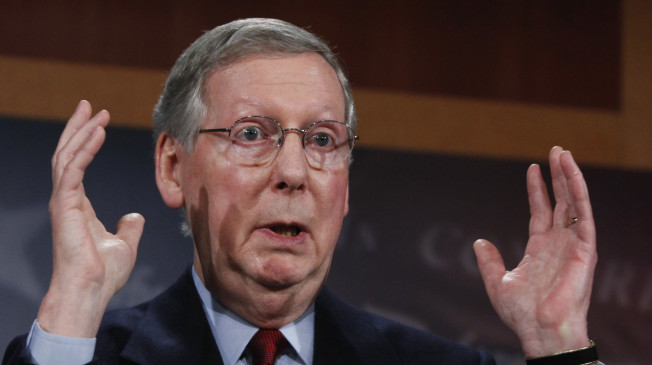 After a long wait, the Senate Budget Committee finally unveiled the latest iteration of the Better Care Reconciliation Act, H.R. 1628. There are a few things to like, but, on the whole, the Senate is bill still fails to live of to more than seven years of promises to repeal ObamaCare. It remains an amendment to the 2010 health insurance reform law.

The reason the Better Care Reconciliation Act (BCRA) fails to live up to Republicans’ promises to repeal ObamaCare is because many Republicans, in the House and the Senate, support the law. These Republicans believe they can “fix” ObamaCare. Some less than principled Republicans are even naïve enough to believe that they can work with Democrats, who are increasingly embracing single-payer, government-run insurance, to address the healthcare system.

The question is whether the BCRA is an improvement. That is hard to determine. On the surface, it may be a slight improvement. The latest version does include Sens. Ted Cruz (R-Texas) and Mike Lee’s Consumer Freedom Option in the base text. But there are some details worth diving into that make an already complicated issue even more complicated.

Ultimately, the Congressional Budget Office will provide some insight on the effects of these provision on health insurance premiums. Of course, the coverage estimates, assuming the CBO will still use the March 2016 baseline, will be largely useless. Again, though, the bill, regardless of the impact on premiums, is still a very big disappointment and risks upsetting conservatives who have been expecting Republicans to keep their word.

Leader Mitch McConnell (R-Ky.) plans to bring the bill for a procedural vote next week. Whether he has the votes, though, is unclear at this moment. Below is a brief overview of some of the more notable changes in the latest iteration of the BCRA.

Inclusion of the Consumer Freedom Option: This is actually more of a mixed bag. The inclusion of the amendment is what organizations like FreedomWorks wanted. The Consumer Freedom Option allows health insurance companies to sell plans that aren’t compliant with most of ObamaCare’s onerous and costly mandates and requires that they sell at least one gold and silver metal-tier plan compliant with ObamaCare.

Unfortunately, the BCRA mandates single risk pools, which means that the premiums for those who choose noncompliant plans will be more expensive that they otherwise would have been in a separate risk pool. “[I]t will be difficult to combine non-community-rated plans and community-rated coverage into one risk pool,” healthcare policy expert Chris Jacobs explained, “and unlikely to achieve significant premium reductions.”

The Consumer Freedom Option may now be in the BCRA, but it’s much less impactful than conservatives hoped.

Using HSAs to Pay Health Insurance Premiums: The BCRA now allows consumers to use their health savings account (HSA) to pay the premiums for high-deductible health insurance plans on the nongroup market. High-deductible plans offered by an employer aren’t eligible. Consumers who receive tax subsidies for nongroup plans can pay their premiums out of an HSA for only the amount remaining after tax subsidies. This is a positive reform for which FreedomWorks has advocated during the discussion over health insurance reform.

More Subsidy Funding: The original version of the BCRA had a total of $112 billion in subsidies to stabilize the health insurance markets ($50 billion over four years) and help cover high-risk consumers ($60 billion over eight years). The revised version of BCRA more than doubles the amount of subsidies to help cover high-risk consumers, bringing the eight-year total to $132 billion. Part of these subsidies will be used to help cover those in states that utilize the Consumer Freedom Option. The two funds combined represent $182 billion.

BCRA Keeps Some ObamaCare Taxes: In the original version of the BCRA, and consistent with the 2015 repeal bill, almost all of ObamaCare’s taxes were repealed, delayed, or zeroed out. Unfortunately, the new version of the BCRA keeps some ObamaCare taxes in place, including the Medicare tax increase and the net investment tax. This is to satisfy the demands of moderates who have gone back on their word to repeal ObamaCare. Unfortunately, after eight years of President Obama’s bad economic policies, some Republican senators, including Bob Corker (R-Tenn.), are fighting to keep anti-growth taxes in place. Making matters worse, Leader McConnell is allowing them to do so.