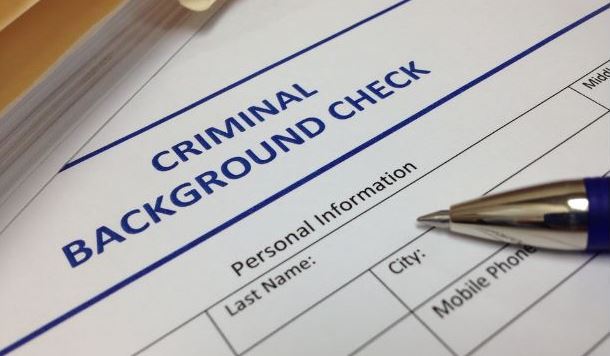 The difficulties of the criminal justice system do not end the moment that a rehabilitated inmate completes his or her sentence and returns to society. In fact, many of the challenges still loom large. From trouble obtaining housing and educational opportunities to rejections from employment opportunities often based solely on the presence of a criminal record, the barriers to reentry are seemingly limitless. It is incumbent upon lawmakers to ease this burden in a smart manner wherever and however possible.

It is no secret that the impact of a criminal record follows former offenders for life, no matter how hard they have worked to reform themselves and become model citizens after incarceration. It is similarly well-known and researched that one particularly large impediment to successful inmate reentry is difficulty obtaining stable employment following incarceration.

Although the First Step Act did not engage heavily in this question, there is ample momentum and appetite to seek a second step for criminal justice and pursue reentry reforms as part of this effort. President Trump dedicated a full five minutes to criminal justice reform during his State of the Union address earlier this month, highlighting the powerful stories of Alice Marie Johnson and Matthew Charles. Fortunately, reentry initiatives, especially those focused on reasonably mitigating the impact of criminal records for certain offenders, have been in legislative form for some years now, and are ripe for the 116th Congress to pick up and pass.

Among bipartisan legislative proposals to advance this goal are the Fair Chance Act, the Renew Act, the REDEEM Act, and the Clean Slate Act. All of these bills are aimed at mitigating the lingering and detrimental effects of a criminal record, that often result in an arbitrary denial for housing, education, and employment post-incarceration, no matter the transformation or rehabilitation that an offender has experienced.

The Fair Chance Act, which has been reintroduced this Congress, takes a tailored approach to encourage better practices nationwide on openness to hiring individuals with criminal records, known as “ban the box.” It simply delays inquiries into criminal history for certain federal job applicants and federally contracted positions until the conditional offer stage of the hiring process. Such an approach as of September 2018 has been adopted by 33 states and more than 150 cities and counties, and the federal government could set a great example for the remaining states and localities should it employ this same approach.

The Renew Act, the REDEEM Act, and the Clean Slate Act from past congresses deal with expungement and/or record sealing, which allows qualifying formerly incarcerated people to move forward without the serious impediment of a lingering criminal record. All three are reasonable and apply to young and/or low-level offenses after a certain time period has elapsed. This type of common sense bipartisan measure can drastically improve one’s chances of not reoffending, as employment and other societal necessities are easier to obtain and keep.

By uniting around the common ideas of these proposals and bringing in new ideas to improve them, Congress can constructively build on the First Step Act. While it is absolutely essential to rehabilitate inmates while they are incarcerated, it is equally if not more important that these now well-qualified individuals are able to rejoin society as productive, taxpaying, law-abiding citizens.

As criminal justice champions in the House and Senate, advocates in the White House including President Trump, and the same voices of faith leaders, law enforcement, and policy experts negotiate a new package for the second step of federal criminal justice reform, addressing the burdensome impact of criminal records on successful reentry should be considered essential.

On behalf of FreedomWorks’ activist community, I urge you to contact your senators and ask them to cosponsor the Clean Slate Act, S. 5047. Introduced by Sens. Bob Casey (D-Pa.) and Joni Ernst (R-Iowa), the Clean Slate Act would create an automatic sealing process for certain federal criminal records, including simple arrests without conviction, and a streamlined petition process for sealing other criminal records to promote successful reentry into society.