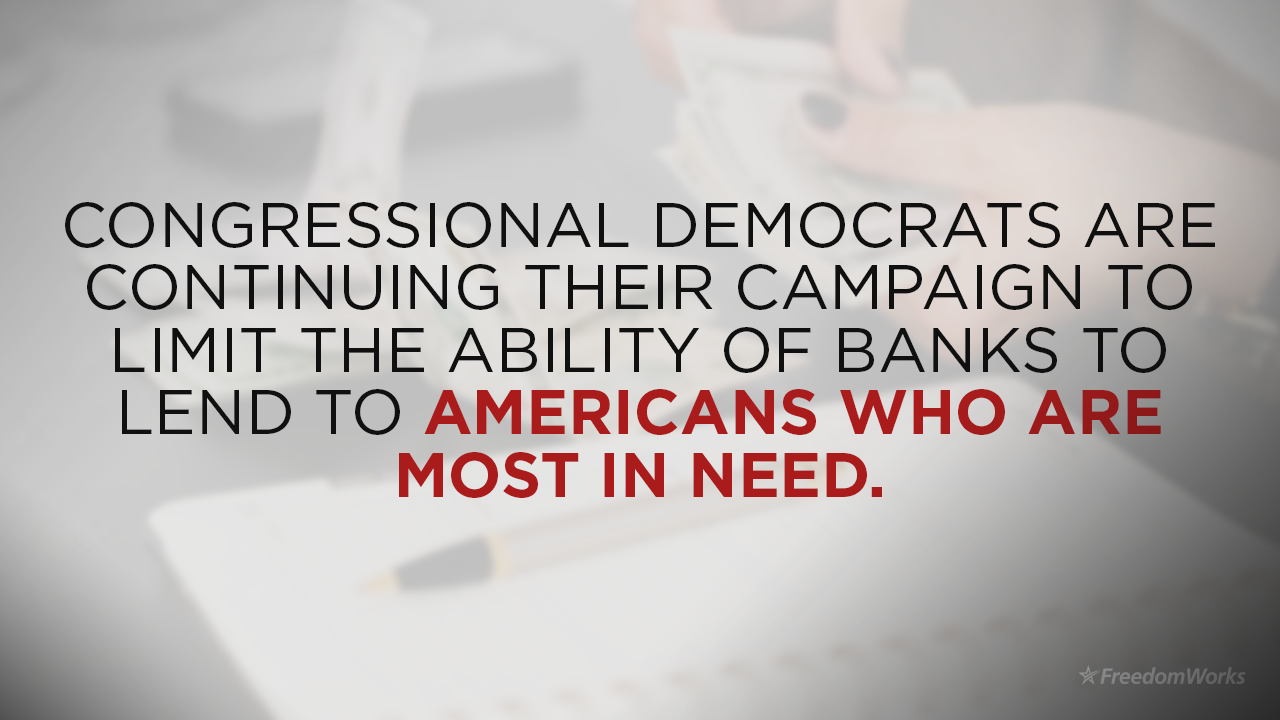 Congressional Democrats are continuing their campaign to limit the ability of banks to lend to Americans who are most in need. This week, the Senate Banking Committee, under the leadership of Senator Sherrod Brown of Ohio, held a hearing entitled “Protecting Americans from Debt Traps by Extending the Military's 36% Interest Rate Cap to Everyone.”

This kind of attack against consumer choice is not new; President Biden recently signed into law S.J.Res 15 which repealed the Department of the Treasury’s True Lender Rule which allowed banks to partner with financial technology firms to increase competition in the lending market and extend credit opportunities to all Americans.

FreedomWorks recently highlighted this issue in a letter to Congress, stating “The Federal Reserve has warned that banks cannot make money on loans with an interest rate of at least 36 percent unless the loan is for several thousands of dollars. By capping interest rates, banks would be more incentivized to deny high-risk borrowers the opportunity to obtain a loan, while only serving those who are not the most in need.”

By pushing for a national 36 percent cap on fees and interest rates on consumer loans, Democrats and other supporters of this legislation would effectively be hurting the very same people they claim to want to help.

FreedomWorks will be tracking this anti-consumer choice campaign closely and will be encouraging members of Congress to oppose any efforts that seek to limit access to much-needed credit options.