Democrats Continue to Deflect From Their Unpopular Agenda 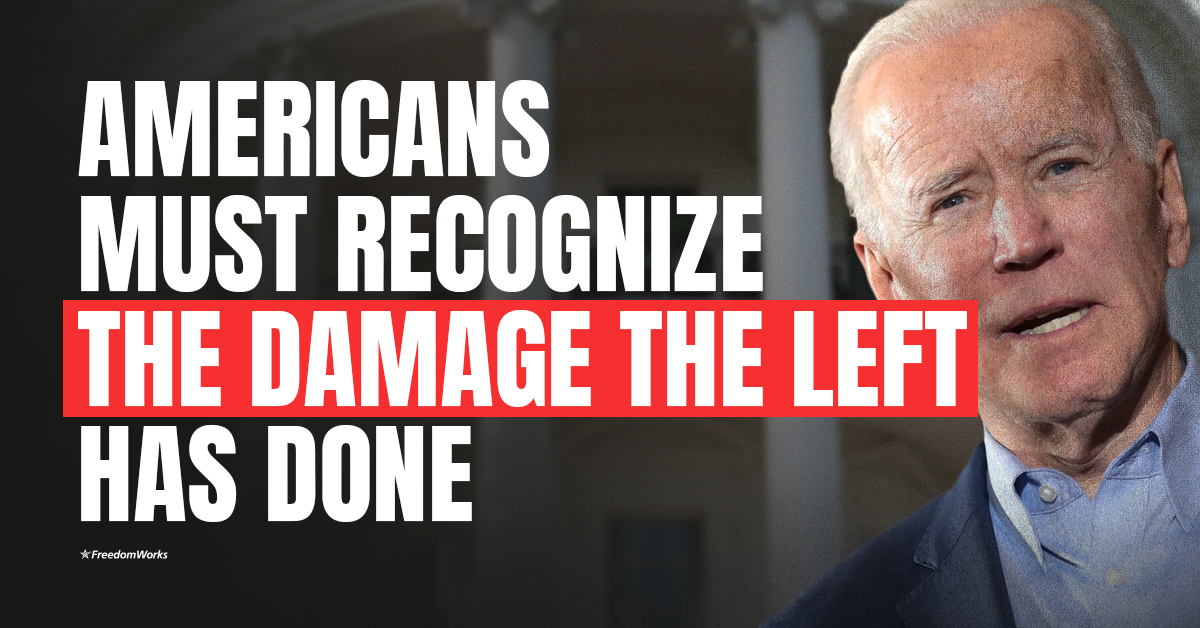 On Tuesday, the first hearing organized by the January 6 commission took place. For months, we’ve been told that such a commission is deeply necessary, and that no American has any serious reason to oppose it.

But while everyone should condemn the violence at the Capitol, and those responsible for it should be held accountable, this commission is clearly an exercise in partisanship.

By rejecting the appointment of two Republicans to the commission — Representatives Jim Jordan of Ohio and Jim Banks of Indiana — Speaker Nancy Pelosi, D-Calif. and her leftist colleagues have made it clear that they aren’t simply attempting to investigate what happened on January 6. Rather than focusing on addressing the security failures that enabled rioters to breach the Capitol, House Democrats want to use this commission to paint Republicans as racist insurrectionists.

They see this as their path to victory in the 2022 midterms.

Democrats are using the January 6 commission to deflect from their widely unpopular agenda, which has resulted in skyrocketing crime and runaway inflation. It turns out that the left’s policies have been incredibly damaging to the country, and the American people know it.

That’s exactly why Democrats are doing everything they can to avoid talking about their own failures and keeping the spotlight on former president Donald Trump instead.

Since the left refuses to discuss its radical policy proposals, it’s important that Americans know how dangerous these really are. This week, Senate Republicans blocked the passage of the roughly $1 trillion ''infrastructure'' bill that’s been pushed by President Joe Biden and supported by Democrats in Congress.

If some Americans are wondering why Republicans would oppose this legislation, it’s because this ''infrastructure'' bill wasn’t an infrastructure bill at all.

Typically, infrastructure proposals are oriented toward fixing roads and bridges. But that wasn’t the case here. This time around, ''infrastructure'' served as a catch-all term for anything Democrats or their favorite lobbyists in Washington wanted.

In reality, the bill would’ve spent tens of billions of taxpayer dollars on Green New Deal-inspired projects like ''environmental justice'' while barely even addressing actual infrastructure. A measly 6% of the bill’s funds would have gone toward repairing bridges and roads.

The failures of Democrats don’t end there. Let’s take a look at the state of the American economy.

While Joe Biden may not personally feel the sting of inflation, Americans across the country are certainly experiencing it when they buy groceries and fill up their gas tanks.

Biden’s out-of-touch messaging campaign downplaying the impact of inflation culminated on July 4, when the White House’s official account tweeted that the cost of a holiday barbecue had dropped a whopping 16 cents since 2020.

Not only does this tweet paint a narrow, incomplete picture of the state of the economy, but apparently the Biden White House thinks that Americans eat skillets of ground beef and cheese every July without buns. In reality, the price of beef has soared 13.2 percent from pre-pandemic levels.

And what if you drove or flew to see family for July 4? The price of gas has risen close to a dollar per gallon since 2019, and the cost of air travel has ballooned as well. So much for those 16 cents the White House was bragging about.

Even The New York Times, which ran the headline ''Rising Rents Threaten to Prop Up Inflation,'' recognizes that our monetary policy woes present a serious problem. Democrats continue to justify their spending spree by claiming it helps everyday people, but the exact opposite is true.

Between rising rent prices and record inflation, millions of working Americans are suffering because of the left’s socialist policies. When President Biden insists that ''the rich'' and ''corporations'' will foot the bill for his programs, this couldn’t be further from the truth.

A ''Not Trump'' platform can only do so much for the left when former president Trump is no longer in power. But instead of acknowledging this reality, Democrats in Washington continue pushing cash into the economy, all while distracting voters from the consequences of these terrible policies with their partisan January 6 commission.

Americans must recognize the damage the left has done while controlling the federal government. And voters must make sure that Democrats are ousted from power in the 2022 midterms.