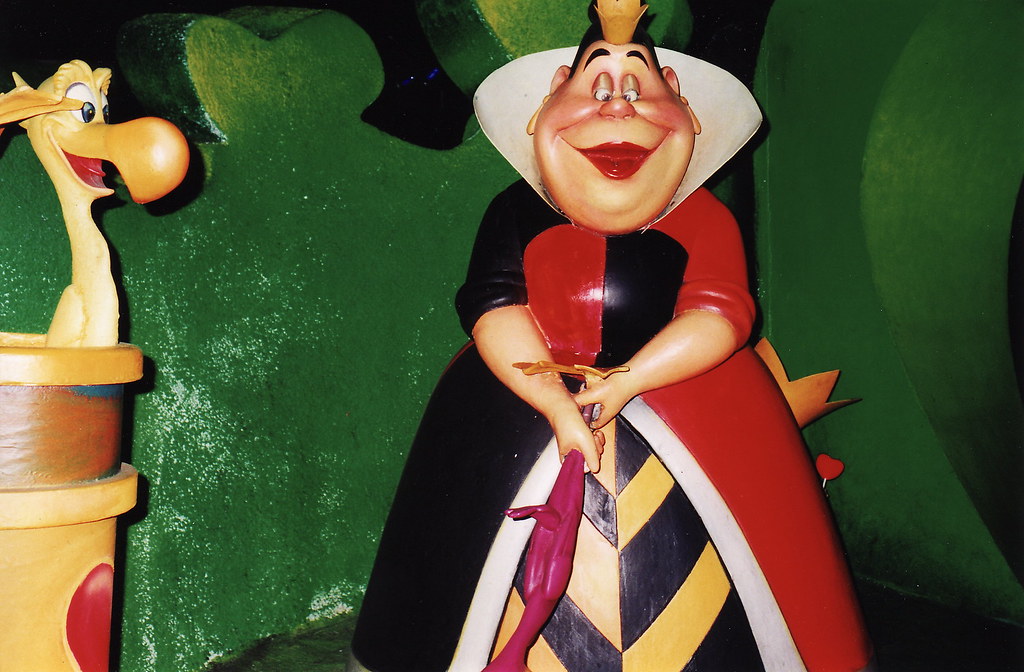 In Lewis Carroll’s 1865 book, Alice’s Adventures in Wonderland, the Queen of Hearts is quick to mete out punishment to even the slightest of offenses. Due process and evidence are of little concern. “Sentence first,” she says. “Verdict afterwards.” Dismayed, Alice scoffed at the notion, before the Queen of Hearts shouted, “Off with her head!”

Carroll easily could have been writing about the current impeachment inquiry in the House of Representatives.

Far-left House Democrats have been pushing for the impeachment of President Donald Trump since they won control of the chamber in November. It was only recently that party leadership, specifically Speaker Nancy Pelosi (D-Calif.), got on board with the effort. The question of whether or not to proceed with an impeachment inquiry had already been decided in the minds of many House Democrats. All that was needed was something that could pass as an excuse. They found it in the Ukraine controversy.

Section 2 of H.Res. 660 directs HPSCI to "designate an open hearing or hearings" and limits the questioning of witnesses to equal time between Chairman Adam Schiff (D-Calif.) and Ranking Member Devin Nunes (R-Calif.). Other committee members may not question witnesses. Designated professional staff, however, can question witnesses, if either the Chairman or Ranking Member yield their time.

This section also provides Republicans with the ability to request witness testimony, but this process is constrained. Nunes would have to submit a request in writing to Schiff within 72 hours of a hearing. The request, as the resolution states, “shall be accompanied by a detailed written justification of the relevance of the testimony of each requested witness to the investigation described in the first section of this resolution.” Nunes may also request subpoenas to compel testimony or records, but Schiff can object. Nunes’ only recourse is to appeal to the full committee, which would more than likely side with Schiff.

HPSCI is directed to send a report of its findings to Judiciary and make a redacted report publicly available. The redactions may be necessary in instances that relate to classified matters. HPSCI is required to coordinate with the other committees that are part of the investigation -- Foreign Affairs and Oversight and Reform. Section 4 of H.Res. 660 authorizes HPSCI, Foreign Affairs, and Oversight and Reform to transfer materials -- witnesses testimony, documents, and other materials -- the Judiciary Committee.

Section 4 of H.Res. 660 outlines the impeachment inquiry procedures in Judiciary. The resolution does seem to indicate that procedures "allow for the participation of the President and his counsel." The degree to which the White House will be able to respond to witness testimony and other inquiries remains unclear. The lack of due process protections for the President has, to this point, been a point of contention. The rule change that the Judiciary Committee approved in September allowed the President or his counsel only ability to “respond in writing to information and testimony presented to the Committee in open session,” although Chairman Jerrold Nadler (D-N.Y.) could “invite the President’s counsel to review and respond in writing to executive session materials.” The ability to respond to information and testimony in open session isn’t a special privilege; anyone can do this.

Section 4 of H.Res. 660 does otherwise have substantial similarities to H.Res. 581. One key difference in the process, however, is that immediately following the committee vote on H.Res. 581 in October 1998, these procedural rights were agreed upon. These procedural rights given to Clinton were not part of H.Res. 581. One curious part of the accompanying fact sheet on H.Res. 660 is that the procedural rights given to the President can be blocked. The fact sheet states: "If the President unlawfully refuses to cooperate with Congressional requests, the Chair shall have the discretion to impose appropriate remedies, including by denying specific requests by the President or his counsel." Language related to this does not appear in the resolution. This may put the fairness of the process in question as Judiciary moves forward.

Following the authorization of the Judiciary Committee to begin impeachment investigations, the Committee itself determined to afford the White House with the traditional rights to due process referenced above. It would behoove Nadler to also afford Trump these same rights. If this impeachment inquiry is legitimate, then Nadler should have no problem offering Trump the right to rebuttal. Should Nadler refuse this basic request, then it will only become more clear that the investigation has no legitimate grounds and so must be conducted in violation of precedent.

Furthermore, the resolution directs Judiciary to report “such resolutions, articles of impeachment, or other recommendations as it deems proper.” Given that Nadler has long been quite vocal about his position on impeachment, this inclusion is merely a technicality. The fact that the Judiciary Committee will report articles of impeachment is all but a foregone conclusion. All they lack is the actual charges and evidence with which to fill such articles. Judiciary has already passed its sentence on Trump and sullied the House with what has been a horrible process, even if H.Res. 660 passes the House on Thursday.