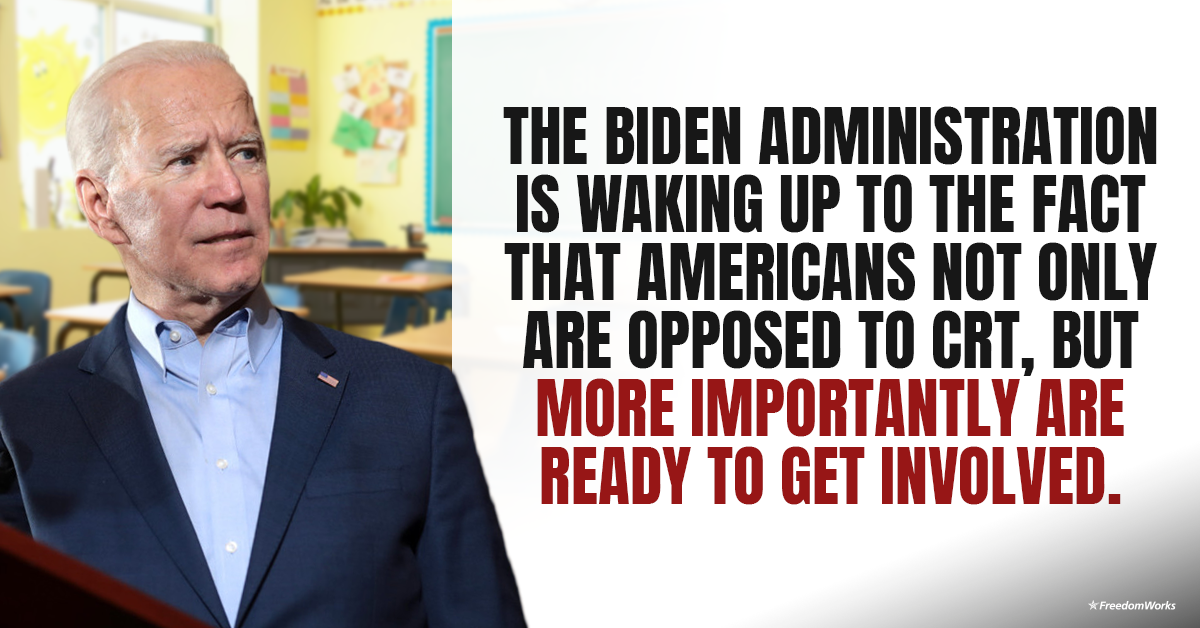 All of us have seen how concerns about Critical Race Theory (CRT) have animated parents across the country. But with Education Secretary Cardona’s decision yesterday to halt a proposal to tie federal funding to CRT teachings associated with the 1619 Project, parents have gotten a victory they very well deserve.

First, let’s dispel this tired talking point that no one knows what CRT actually is or means. What is CRT and what would the proposal have done? While tough to pin down, CRT essentially espouses a racial view of history and civics that promotes activism over knowledge. Critical race theorists believe that American history and current governance — and by extension America itself — is systemically racist. Therefore, it is incumbent upon every citizen to be “anti-racist” and actively combat perceived racial injustices. In this sense, it is not enough to not be racist. Rather, every individual must actively work to reconsider their own “biases and privileges” to remake society in the theorists’ view.

The proposal from the Department of Education would have tied federal grant funding for public civics and history to teaching CRT. Rather than teaching our students the objective facts of American history — including slavery and state-sanctioned discrimination — CRT teaches that all white people are oppressors, all people of color are oppressed, and everything, always, is about race.

Americans have had enough with the failed narrative put forth by talking heads and teachers unions that we don’t actually understand what CRT is. This win demonstrates the efficacy of grassroots activism. The scale of this grassroots victory shows that clearly they have been doing their homework and are tired of the misinformation spouted forth surrounding CRT. While we have seen parents and students rail against out-of-touch school boards and teachers’ unions for the past few months, this is finally a tangible victory. Proponents of CRT have underestimated parents.

This also shows that the Biden administration is waking up to the fact that Americans not only are opposed to CRT, but more importantly are ready to get involved. This should serve as a warning to Biden going forward, especially since this administration seems primed to weaponize the administrative state in a way reminiscent of the Obama years.

While activists continue to engage nationally, we cannot forget to keep up the pressure locally as well. Not only does this mean continuing to attend school board meetings, but it also means getting involved with the process. For some, this could mean running for school board. But for all, it simply means continuing to hold elected officials and institutions accountable. An involved citizenry is paramount to success. After all, government goes to those who show up.