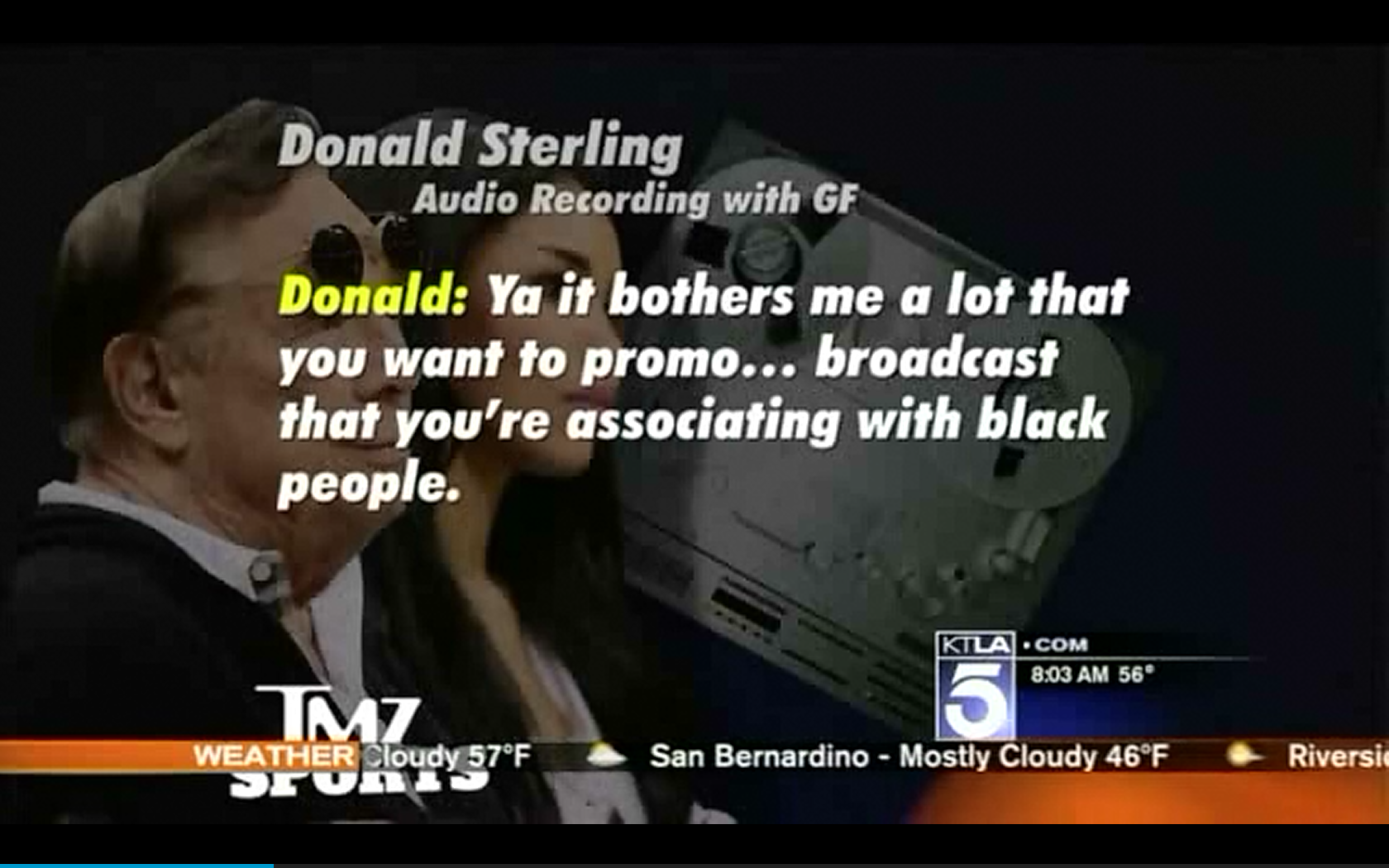 Los Angeles Clippers owner Donald Sterling’s alleged racist outburst once again exposes the hypocrisy of the NAACP. The organization professes to advance blacks but in reality it’s nothing more than a liberal front group.

According to Hollywood gossip site TMZ.com, Sterling engaged in a racist rant that was caught on audio during an argument with his now former girlfriend.

If confirmed, this would not be the first race-based incident for Sterling. Sterling has been sued twice by the federal government for refusing to rent apartments to Blacks and Latinos but despite Sterling’s history of racist behavior, he was set to receive the NAACP Lifetime Achievement Award next month.

In 2009, Mr. Sterling paid $2.725 million to settle a housing discrimination suit brought by the Justice Department, which accused him of systematically driving African-Americans, Latinos and families with children out of the apartment buildings he owned. In the settlement, Mr. Sterling did not admit wrongdoing.

However, following the TMZ story, the NAACP was forced to withdraw his award.

Sterling has donated to liberal politicians and most important, he has given money to the NAACP.

The National Association for the Advancement of Colored People (NAACP) accepted multiple grants over a period of several years from Los Angeles Clippers owner Donald Sterling, and publicly defended Sterling even after some in the African-American community complained about his alleged racism.

Last year, the NAACP denied me and FreedomWorks Senior Fellow Rev. C.L. Bryant an opportunity to speak at their convention in Florida. The organization also refused to sell exhibit space to FreedomWorks, my employer.

Contrasting the NAACP’s relationship with Sterling to its treatment of black conservatives illustrates the organizations liberal bias and hypocrisy.

For thirty pieces of silver the NAACP will defend a racist donor but will silence black conservatives.

On January 6, the grassroots in Mississippi made a huge statement to the state legislature. We the People are telling OUR elected officials that Common Core is unacceptable as standards and curriculum for our school children. It is particularly offensive due to the fact that it was adopted in order to receive federal funds before the standards were even written.

Here we stand, in the days between Martin Luther King, Jr. Day and National School Choice Week. To many, these two events might have little in common. If you scratch the surface, however, they are inextricably linked. In fact, many would agree that school choice is the civil rights issue of our time.