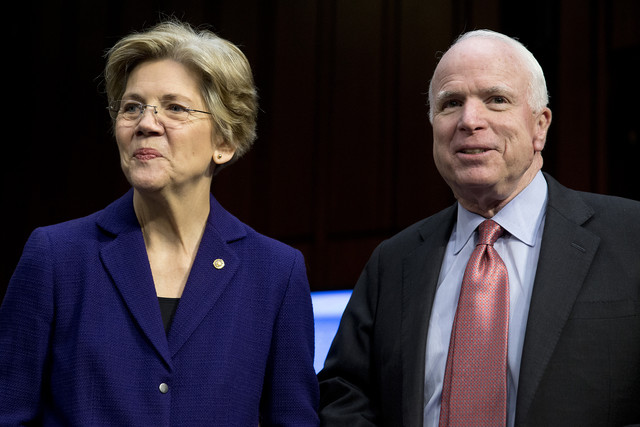 There may be good intentions behind this desire, but the belief that the law would reduce recessions or prevent banks from becoming “too big to fail” is at best misguided and unnecessary while at worst it will cause unforeseen problems for the financial system.

As stated above, Glass-Steagall is a law that requires a separation between commercial and investment banking in the financial sector. It was instituted in the 1930s during the great depression by Sen. Carter Glass (D-Va.) and Rep. Henry Steagall (D-Ala.) in the hopes that it would prevent banks from making risky decisions in the market. At the time, “more than 600 banks failed each year between 1921 and 1929,” so there was a serious desire to curb that.

However, from the 1960s onward, the legislation faced erosion with congressional legislation and the Supreme Court rulings changing key sections of the bill, including reducing limitations on security purchases, the abolition of interest caps, and increased deference to regulatory agencies for the legislation. The most prominent and controversial change to the legislation came from the Gramm-Leach-Bliley Act, which repealed sections 20 and 32 of the legislation.

To be clear, it did not eliminate many security limitations put on banks, but it did eliminate several restrictions by “allow[ing] for affiliations between commercial banks and firms engaged principally in securities underwriting, as well as interlocking management and employee relationships between banks and securities firms.”

Such a move has received heavy criticism since Democratic President Bill Clinton signed it into law. Sen. Elizabeth Warren (D-Mass.) has held the repeal and alleged deregulation of the financial sector as responsible for the 2008 recession. Sen. John McCain (R-Ariz.) has also stated, “Since core provisions of the Glass-Steagall Act were repealed in 1999, a culture of excessive risk-taking has taken root in the banking world, placing the financial security of millions of hardworking American taxpayers at risk.”

Unfortunately, there are certain problems with the narrative that deregulation and the repeal of Glass-Steagall specifically caused the recession. First off, there is no history of deregulation in the past two decades in the financial sector. As was noted by the Mercatus Center, the number of banking regulations actually consistently grew between 1999 and 2008 despite the Glass-Steagall repeal which puts a major hole in the deregulation narrative.

With that in mind, the Glass-Steagall legislation itself had very little to do with the 2008 financial recession. However, many of the institutions that had failed were not actually affected by the legislation period. Also, most of the institutions that did fail either received government incentives to provide risky loans (especially in providing housing loans to people who could not afford them), were still heavily regulated, and received guidelines or incentives from the central government for those risky loans.

In addition, there is also evidence that Glass-Steagall did not reduce the banking failures during the depression which it was allegedly supposed to address. For an example, Canada did not pass a Glass-Steagall law during the recession despite facing similar issues to the US. Overall, Canada saw its GDP fall by 40 percent between 1929 and 1939, but not a single bank failed during the depression years and its banking system remained mostly intact.

Beyond that, the most replacing Glass-Steagall could do is stifle the banking industry. Some economists have speculated that the repeal softened the blow because it allowed more diversification of the market. Since less diversified firms made up for a larger number of failures during the 2008 financial crisis and the Federal Reserve Bank of San Francisco credited diversification with being the reason Canada did not face bank failures during the depression, this does provide evidence that may have been a possibility.

At the same time, the increased diversification has allowed more opportunities. Economists Jeffrey Rogers Hummel and Warren Gibson noted that banks like Wells Fargo and discount broker Charles Schwab opened up more services and opportunities for their customers at lower prices while former Rep. Judy Biggert (R-Illi.) noted that it would limit liquidity and make it harder to buy and sale assets. Overall, the unproven benefits of the legislation seem to not be worth the potential cost.

This may seem surprising, but the US was the only country in the industrialized world to separate investment and commercial banking. The desire remains to prevent the creation of banks that are “too big to fail” but it seems to have largely failed to address that and has prevented useful diversification. Bringing it back will not prevent another crisis nor prevent banks from going under.