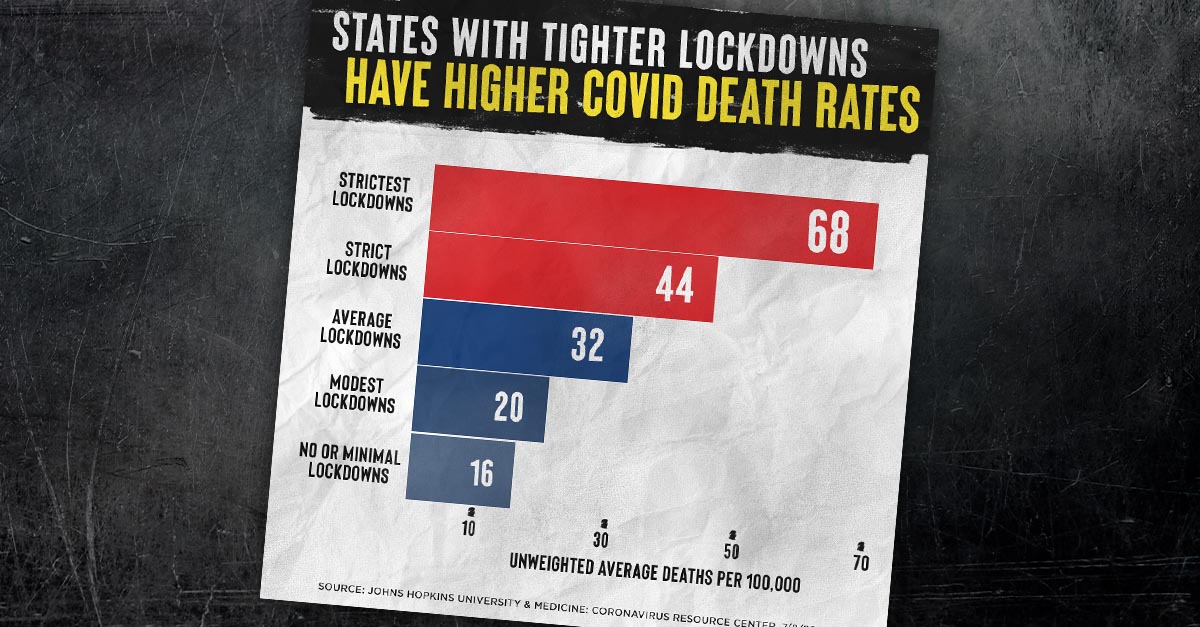 This is shown in the chart below. 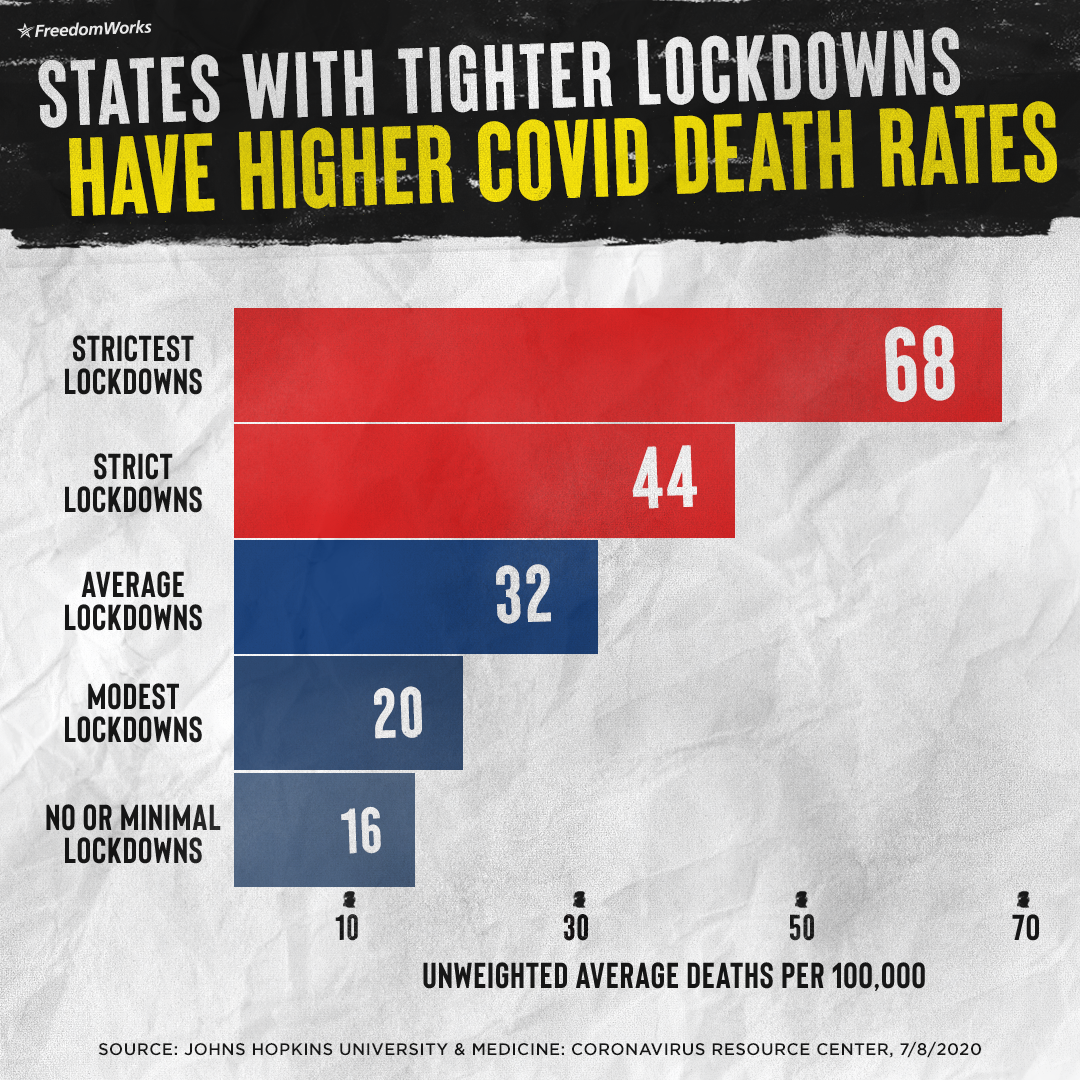 The death rates in the strict lockdown states were about FOUR TIMES higher than in states that didn’t lockdown at all or had minimal restrictions. Amazingly, there is a linear relationship here between lockdowns and deaths, but in the opposite direction, that shutdown advocates would expect.

One could argue that the northeast had the most exposure to coronavirus in the first place (true), and that by locking down, they lowered death rates from going even higher (false).

Strict lockdowns failed because they were put into effect AFTER the infection had spread. New York, New Jersey, Pennsylvania, Rhode Island, Illinois and Michigan had catastrophically high death rates because their governors were almost criminally negligent in protecting seniors in nursing homes. If Andrew Cuomo, Phil Murphy and JB Pritzker had kept seniors and those with pre-existing conditions safe, they could have saved far more lives than shutting down barber shops, stores, schools, and office buildings.

By the way, liberal states with strict lockdown orders have by far the highest unemployment rates today. So the blue states succeeded in blowing up their economies AND still suffered the highest death rates. Congratulations.