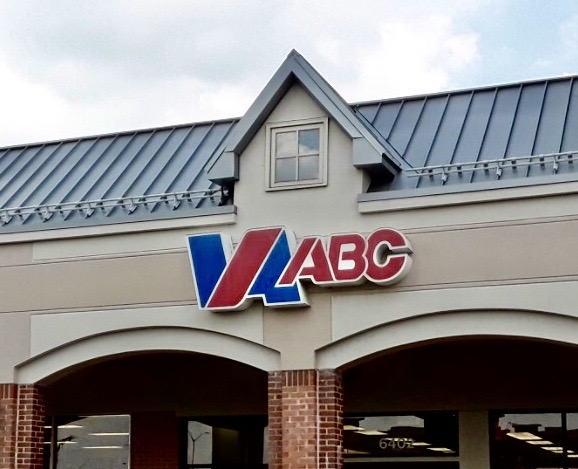 Perhaps most interesting -- and most telling -- is one “essential” retail business that stands out among its peers is liquor stores. In Governor Northam’s executive order, “liquor stores” are specially noted as “essential” businesses. This is not to say that liquor stores, or any other stores, should or should not be mandated by government -- and especially perhaps not unilaterally by a single person -- to close down, even in a time of crisis. But, this particular distinction presents a curious case. However, if one digs into what may lead a state to deem its liquor stores “essential” in the midst of a worldwide pandemic, the case becomes clearer.

In both Virginia and North Carolina, the state has a monopoly on liquor stores. Aside from distilleries, the only vendors allowed to sell liquor are Alcohol Beverage Control (ABC) state-run and state-owned stores. The word “control” is even in the title of these stores.

Again, the merits of any business’ mandated closure or classification as essential versus nonessential is not the issue here, liquor stores or otherwise. It is simply peculiar that states like Virginia and North Carolina have granted a carved-out exemption to their own state-run monopolies. Unsurprisingly, both states’ ABC store schemes bring in huge amounts of money for the government. As our own Vice President of Legislative Affairs Jason Pye exposed on Twitter recently, Virginia ABC bragged about the tax revenue that state-run liquor stores bring in from its own citizens to the state annually.

In total for Fiscal Year (FY) 2019, Virginia ABC brought in more than $1 billion in revenue for the first year ever. In its annual report document, Virginia ABC notes this as “A Billion Reasons to Celebrate.” More like, a billion dollars taken from the private sector, that could have been reinvested in economic growth instead of going right into government coffers.

The report notes that of the $1,054,141,782 in revenue, $499,498,962 — or about half a billion dollars — was “transferred to the Commonwealth.” A euphemistic way of saying, put straight into the government's pocket. Of this half-billion dollars, more than $300 million is from taxes — $223 million in retail taxes and $79.8 million in wine/beer taxes. It claims that “If Virginia were to replace the millions of dollars generated by Virginia ABC, each household would need to pay another $129 in taxes,” but clearly most of those taxes are already being paid by its citizens.

For Virginia and North Carolina, keeping ABC stores open during the coronavirus pandemic is simply a money-making scheme resulting from a government monopoly on an industry. Make no mistake, though. Even for places that don’t have ABC stores — such as Washington, D.C. — the temptation is high to deem such stores essential due to the tax revenue they bring in alone. That is exactly what Mayor Muriel Bowser did yesterday in her executive order furthering coronavirus caution measures for the city.

In D.C., alcohol bought at liquor stores is taxed at 10.25 percent, in addition to sales tax. It doesn’t take much thought to realize that governments know they stand to benefit financially from people social distancing in their own homes who may be inclined to buy more alcohol from stores than usual in a time where bars and restaurants are closed.

However, in a time where going out of one’s house is supposed to be discouraged by government, deeming liquor stores “essential” by those very governments is distasteful, yet unsurprising. There really isn’t anything the government won’t do to get its hands on your money.