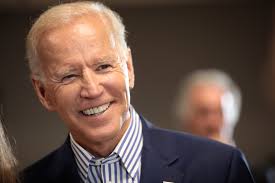 Just days away from Election Day on November 3, one massive issue has been left virtually untouched by the presidential and vice-presidential debates: education.

For parents of school-aged children, protecting their future through access to quality education is as equally important as Medicare and Social Security to our senior citizens.

No matter if the U.S. is experiencing a robust economy or a recession, parents deserve to know how the candidates will protect their children’s future by ensuring that they understand the critical value of enabling states, local communities and families to create strong educational systems tailored to fit their child’s learning needs.

The federal government is not the answer when it comes to education. The feds and the next president need to keep their hands off of state and local decision making on education in order to turn this sinking ship around. Since the federal takeover of public school systems under President Jimmy Carter’s administration, school districts have been kneecapped and have not been nimble enough to address students’ needs. The grip of labor unions and various federal mandates have dramatically dropped the quality of public education since the 1970s.

Since the creation of the U.S. Department of Education, states and local school districts have been drowning in rules and regulations that are time-consuming, labor-intensive and very costly to the taxpayers. These federal regulations have added endless layers of bureaucracy that ultimately impede on local decision making. Every year, bureaucrats on all levels waste billions of dollars that could be going to students or families but, instead, are used to protect government jobs which are often unionized. Overwhelmingly, this system does not prioritize the actual needs of the students it claims to serve.

Seemingly, every new administration that comes into office thinks it has the answers and solutions to the decline of American education. But additional regulations are simply bandaids that will not heal the serious wounds.

This year, however, voters have a choice. Marking a change from even fellow Republican President George W. Bush’s policies, the Trump administration has, for the most part, approached education with a hands-off approach during the last four years. The Trump administration has allowed states, as much as possible, to run their schools with autonomy from the federal government while breaking down government barriers to educational opportunities outside of public schools. Trump has demonstrated his dedication to students instead of to systems, including giving states more independent decision making without bogging down local school districts with more federal mandates. This hands-off approach from the federal government has allowed states to focus on what is working and what isn’t.

From school districts to the classrooms, all the way down to individual students, the last four years have been a reprieve compared to previously overly-zealous administrations, namely that of President Barack Obama and Vice President Joe Biden. Their tenure was marked by taking advantage of the 2009 recession and a $4.35 billion federal education boondoggle. The Obama-Biden administration seized the opportunity to wave a carrot in the faces of states that were suffering from cash flow issues during the Great Recession. Funded as part of the American Recovery and Reinvestment Act of 2009, Obama and his U.S. Education Sec. Arne Duncan only gave stimulus money to states that competed for Race to the Top education grants. The awards for these funds were based upon points for imposing educational policies and states and local school systems tying themselves to more federal mandates. The more buy-in from local school districts, the more points they received. Part of the scoring included states adopting a set of national standards — Common Core — that at the time were still in draft form. It was months before states were able to actually review the new set of educational standards.

The Common Core State Standards. along with all of the excessive student assessments which accompanied them, have been a failed experiment. Fortunately, during the last few years under the Trump administration, states have been able to pause long enough to recognize they must reverse the courses they followed under the Obama-Biden administration.

Parents frustrated by the education their students are getting in public schools, whether in-person or virtual, should not be fooled by Biden. A Biden presidency would reverse the hands-off approach of the Trump administration when it comes to education. Having Biden in the White House would also further the federal strangulation of school choice–to the detriment of students nationwide.

The mother of three public school children, Laura Zorc **is the co-founder of Florida Parents Against Common Core**. She was elected in 2016 to serve on the Indian River County School Board. Her opinion does not reflect that of the school board.